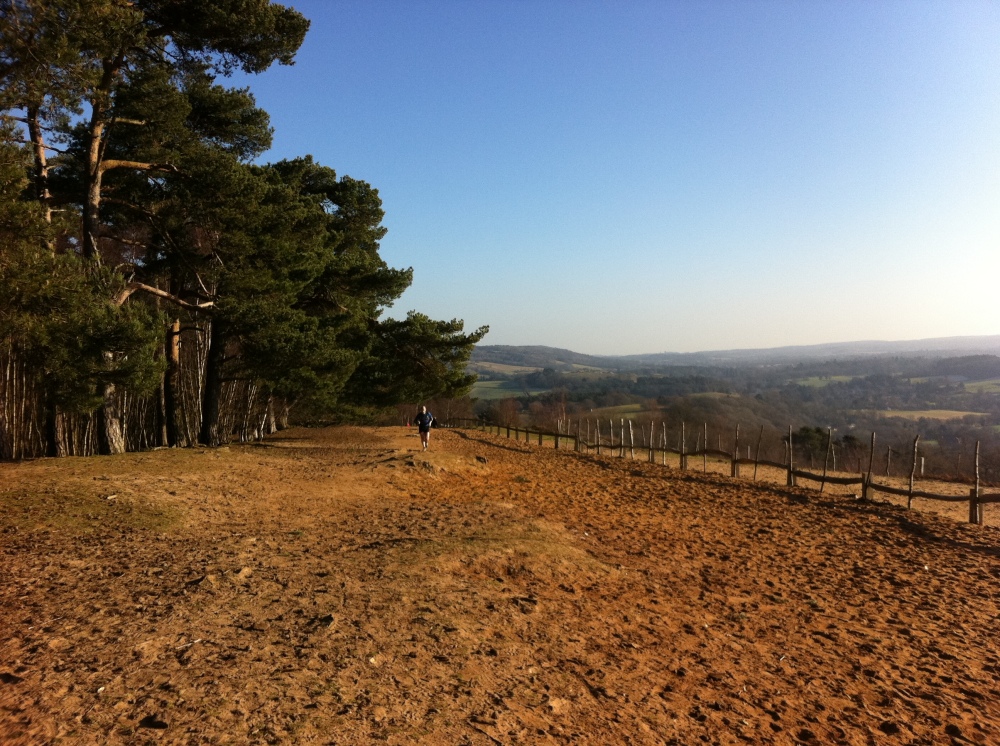 I very nearly didn’t run the Winter Tanners. My right soleus had tightened up following a hard track session on Tuesday, and by Friday I was on the cusp of dropping out. I had gone to work on the muscle on the foam roller the night before, aggravating it further. I was hugely disappointed. Suddenly, my stepping stone to the Fellsman and the Bob Graham was gone. I told my fellow BG attemptees to almost certainly count me out.

By Saturday, it was better – unbelievably; a similar injury two years ago took a month to heal. Maybe the effect of the foam roller was delayed? Crucially, I changed my mental outlook on the soleus. I wasn’t injured, I told myself. There is nothing wrong with me. That was what I was thinking as I trundled away from Leatherhood on Sunday morning. There were four of us running together, south-east based runners dreaming of the Lakes.

The route was unmarked and this being uncharted territory for most of us, we were reliant on the LDWA’s detailed instructions. To give a flavour of these, this was the first instruction upon commencing: ‘Leave car park by vehicle exit & TR. Cross RD at traffic lights & along WATERWAY ROAD. 20Y after RD islands, TL to cross RD (you can use lighted crossing just under the bridge & come back if traffic is heavy). Along RD towards LEISURE CENTRE. When RD swings R keep ahd on tarmac FP to pass LEISURE CENTRE (including MOLE BARN) on your R.’ These instructions took us a mere 0.6 miles of the way. The LDWA are nothing if not thorough.

Despite the LDWA’s thoroughness, we went off-route within a mile, blundering across a cricket pitch because we overlooked the ‘tarmac FP’ above. We soon sorted ourselves out and advanced steadily, gently-rising away from Leatherhead, passing streams of walkers who had started earlier (another perk of this event is that you can start when you want). It was an exquisite morning – a chill in the air, a cloudless winter sky. I scarcely noticed the first seven miles as we crossed Ranmore Common, skirted the southern slopes of White Downs and arrived at checkpoint one at Abinger Roughs car park.

Neither hungry nor thirsty, I consumed nonetheless – Jaffa cakes and orange squash, and a couple of miles on, close to Gomshall, I ate half of the jam sandwich I had been carrying. Nutrition is the key to ultra success, I keep being told. A vast landfill site was the most memorable sight on the section to the bottom of sandy St Martha’s Hill (picture above), the day’s first ‘test of manliness’. All passed this examination and we swept downhill to Guildford. At the second checkpoint, at a shade over 15 miles, I ate liberally – cookies, more Jaffa cakes, handfuls of raisins and crisps. One of our number announced he was dropping out; an injury-induced lack of training the reason. Here was a logical place; he lives in Guildford. Neverthless, a female competitor gave him hell. ‘I’ve done dozens of these events and I always finish, even if I’ve broken both legs, there’s 10 feet of snow, and it takes me a fortnight.’ Or words to that effect. She was certainly motivational. We discussed placing her in Wasdale, armed with a loudhailer, through which she could bark instructions. ‘It’s only a hill.’ ‘Keep running, you bunch of girls.’ Things like that.

We went on as a trio, climbing steadily to Newlands Corner. From here, the route was predominately flat and followed the North Downs Way, making navigation a simpler proposition. The three of us were now separated, with me at the front. I pressed on. I knew I could run quickly from here, on a terrain that suited a road runner more than a hill specialist. I felt terrific. The final checkpoint at 25 miles appeared; I grabbed a customary helping of Jaffa cakes and went on my way, pausing for a short time only. As I churned up a grassy hill, another test of manliness, close to Polesdon Lacey, 26.2 miles arrived. I had run a marathon in about 3 hours, 50 minutes. Seconds later, I had breached the marathon. I was an ultrarunner. By mile 28 and 29, my ankles and calves were beginning to hurt, inevitably, but I felt like I was flying, running close to seven minute miles. The troublesome soleus was unstressed. It wasn’t what I had expected after almost 30 miles and 750 metres of vertical ascent. I thought I’d be struggling, suffering badly, but I was running, properly running, striding out, comfortable, able to accelerate.

It wasn’t until the final 400 metres when I began to think, I’m actually feeling pretty tired now. But very soon I was back in the car park at Leatherhead, 30 miles, and 4 hours, 20 minutes, after setting off, happy to have survived, happy and proud to call myself an ultrarunner.

A map of the route is here.