On a particularly hot day in the summer of 2014, I ran between the summits of London’s 12 Inner London boroughs. Starting from Hammersmith and Fulham, moving clockwise to the Isle of Dogs, going as far east as Greenwich, and then west to Wimbledon Common, I travelled 41 miles, venturing no higher than 134 metres above sea level. ‘Utterly pointless,’ I wrote at the time.

Late last year, Rick Pearson, Runner’s World section editor, emailed with an idea. He was organising a relay linking the highest points of all 32 London boroughs. Did I want to arrange a sister event in Edinburgh, my home city?

I thought of that July day, of slapping tarmac for six solitary hours, of limping onto 60-metre Putney Heath – my final ‘summit’, wondering what it was all for. Repeating the feat in Edinburgh? I agreed immediately. ‘Sometimes the most pointless of exploits serve the greatest purpose,’ I had concluded years earlier. And so it would prove again.

The Edinburgh Summits Run, part of Carnethy Hill Running Club’s winter ultra series, came into being – a run connecting the tops of 17 city council wards, beginning deep in the south-west Pentlands on the boggy ramparts of East Cairn Hill (at 567 metres the route’s highest point) and culminating under the girders of the Forth Rail Bridge in South Queensferry, 49 miles away.

A dozen runners started, climbing East Cairn Hill beneath an indigo sky, proceeding through the heart of the Pentlands to windswept Allermuir, sweeping downhill to cross the city bypass, reaching Edinburgh’s outskirts. Twelve became six, as four hours of slow-going on waterlogged hills took a toll.

In truth, we had scarcely begun. The miles became a blur: a trudge along the Union Canal; a string of summits – a juxtaposition of the glorious and the innocuous; waves of pavement; a slow-moving picnic of salted cashew nuts, prawn cocktail crisps, fruit pastilles, bananas and Fanta; a long, steep climb to gain the marvellous Arthur’s Seat. Now down to three, we edged into Leith, past Holyrood, through the tourists on the Royal Mile, popping out on the grand castle esplanade.

And then, with a half-marathon to run in dying light, I was alone, as my bitterly complaining feet – wrapped in now-unsuitable trail shoes – seemed to burst through the laces. Corstorphine Hill, a stone’s throw from the enclosures of Edinburgh Zoo, came first, then another anticlimactic tump – a pot-holed cul-de-sac in Silverknowes.

There was still one more: Mons Hill, some six miles away. When I was at school, the motto of Bob, our inherently-lazy-but-fast captain, was ‘the faster you run, the faster you finish’. I thought of Bob now, as I chased sunset, churning along the cycle track that lines the A90. From the summit of Mons Hill, the dark, silent Forth was illuminated by moored ships, and – higher than where I stood – reared the Forth Rail Bridge, receding into blackness.

Some ten minutes later, I was under the bridge, shivering in South Queensferry, alone and unnoticed. ‘Have you been for a run?’ the taxi driver taking me home would ask. 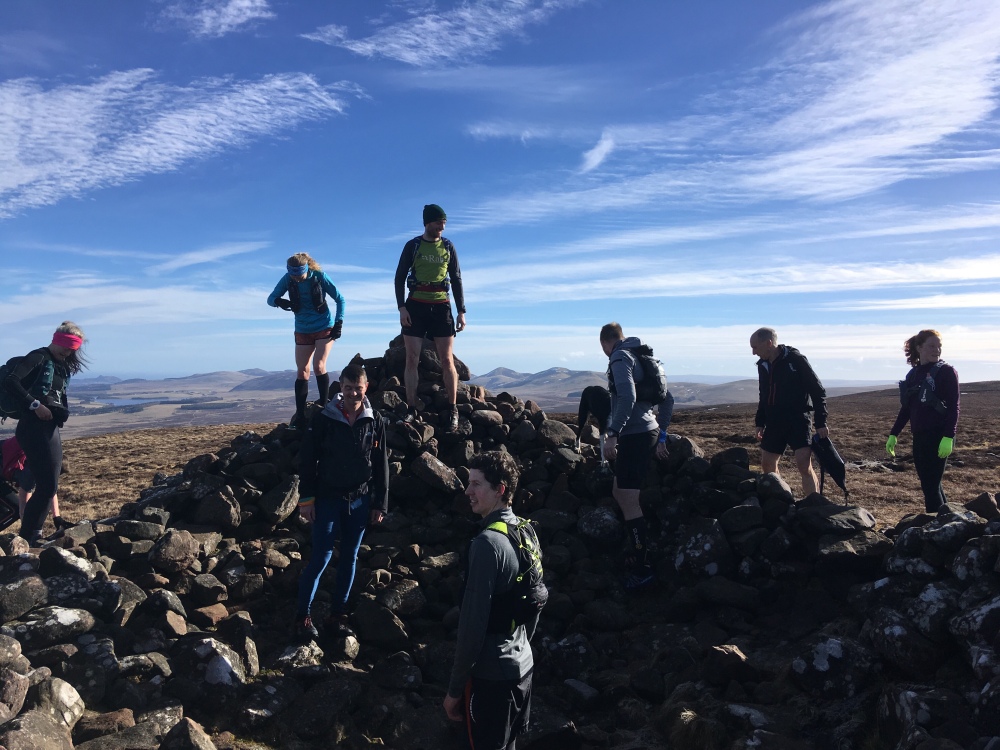 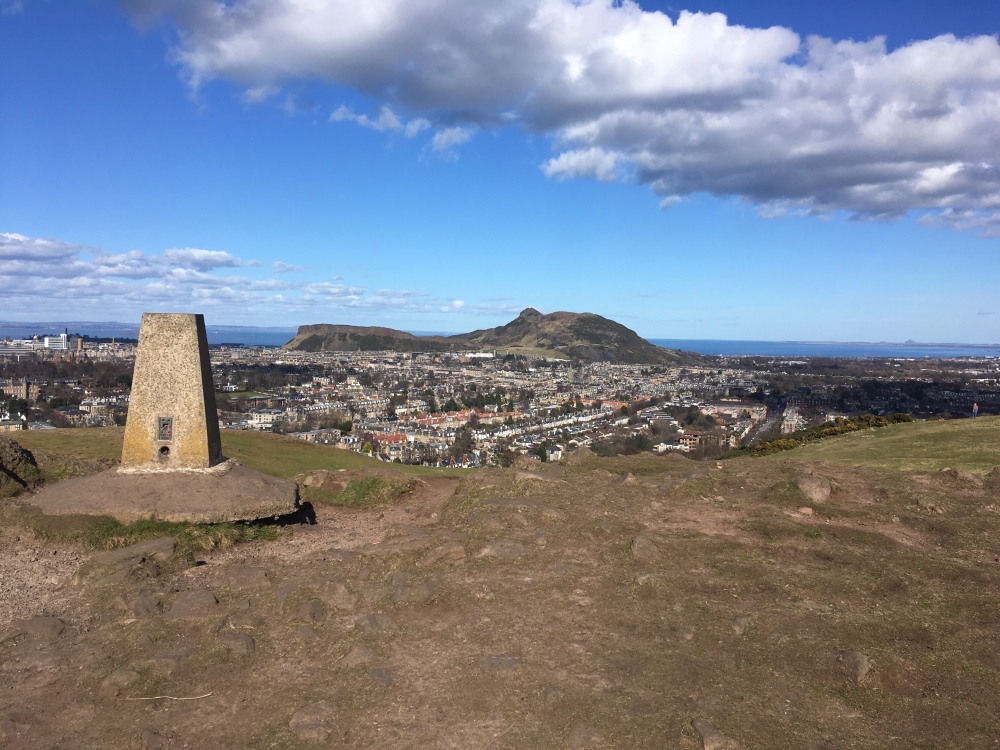 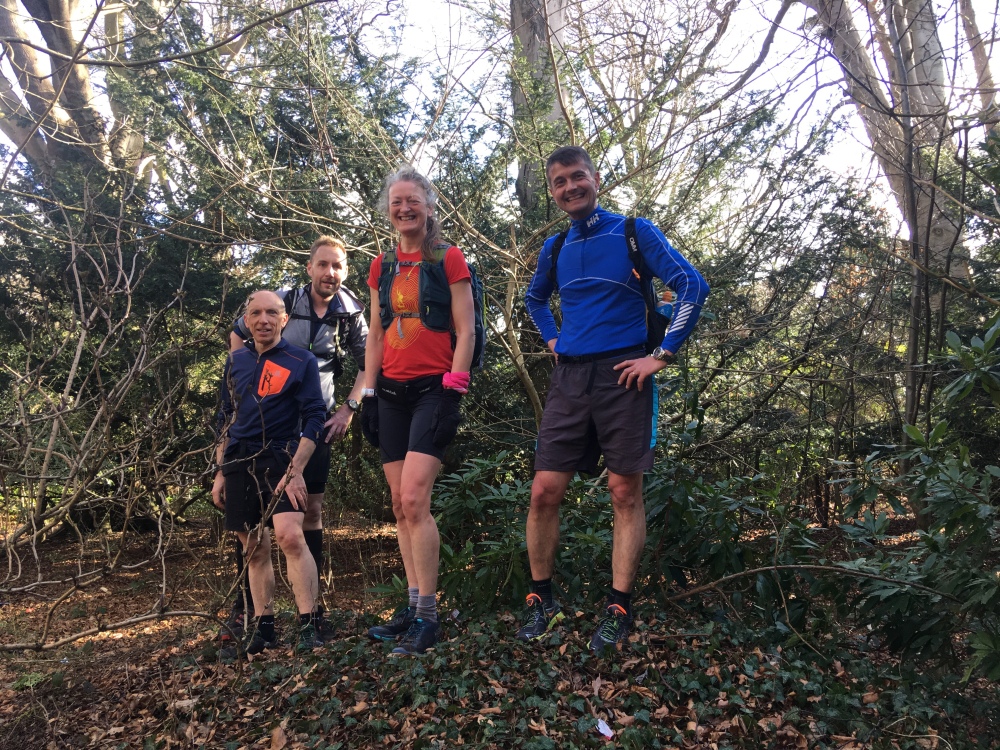 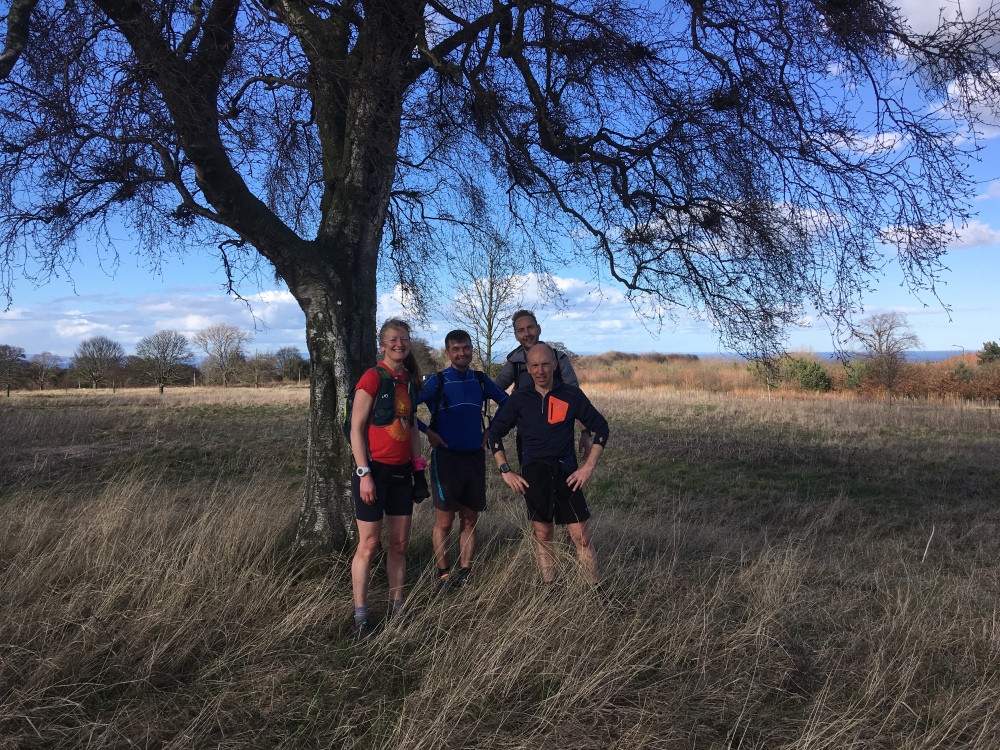 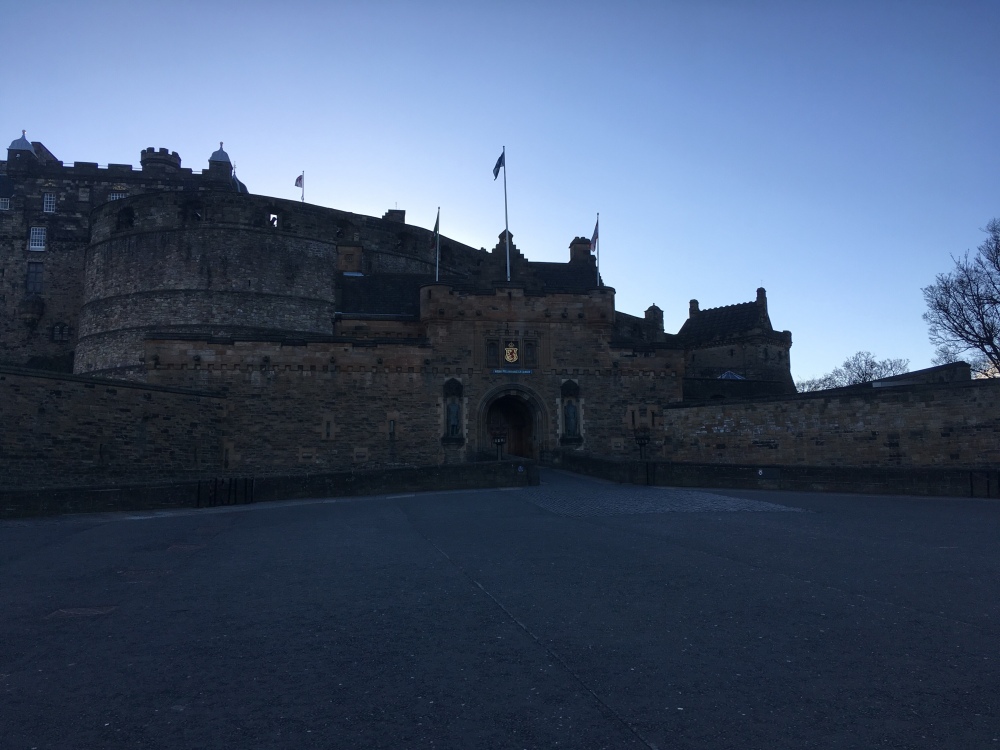 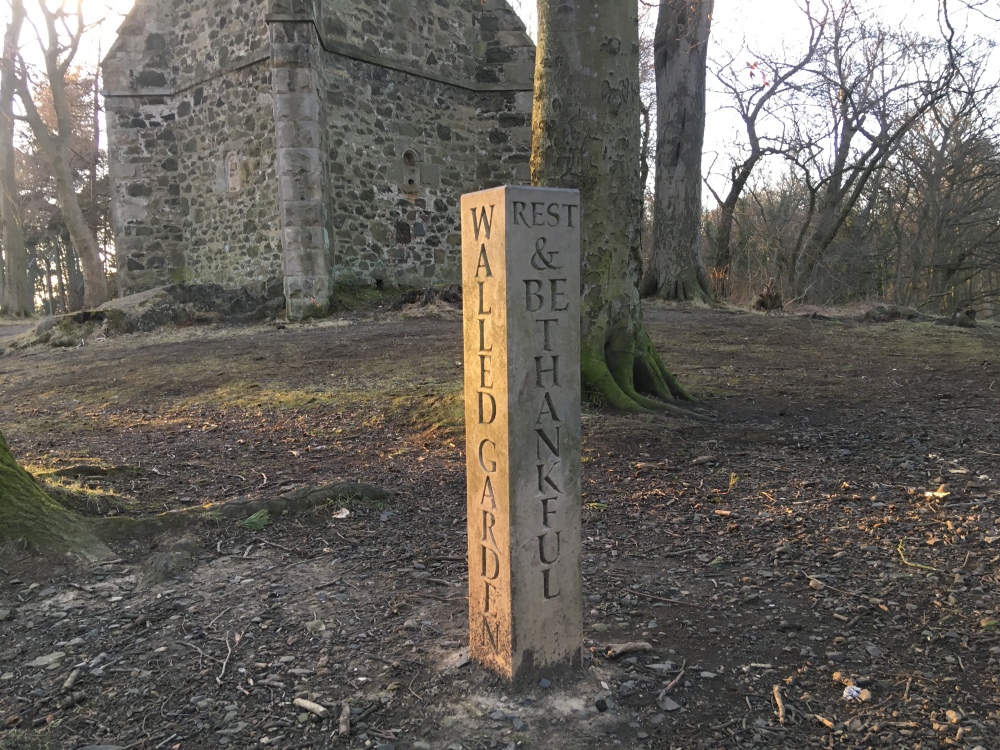