My right ankle began hurting in the Borrowdale Hotel as we recovered (and rehydrated) from our six-hour effort in the fells. By the following morning, the pain had magnified. Something felt badly damaged. We were all in a similarly sorry state, comparing sore ankles, feet, knees and quads. Sensibly, we took the day off running, the miserable morning weather confirming the logic of our decision.

Resting was boring, so the next day we were raring to go, regardless of injury. This time we ran north from Grange at a brisk pace, all of us curry-powered from the night before, around the ramparts of Cat Bells. My ankle was fragile, the pain spreading to my heel. I thought about turning back, but decided to press on, hoping, somehow, the pain would disappear. As the injury loosened, the pain became bearable.

We briefly ran the rule over a stretch of the final few predominately road miles of the BG as the route drops to Keswick, before romping up Cat Bells. On the stony summit, even in mizzle, the view was magnificent: Skiddaw to the north, Grisedale Pike and Grasmoor to the west, the still depths of Derwent Water to the east. We ran on, making swift progress now over Maiden Moor (our second Wainwright of the day), with the path steepening to gain the cairn on Blea Crag.

After bounding down grassy, spongy slopes, we reconvened on the lip of a perilously steep drop, at the bottom of which – far below – was our campsite. Negotiating a gully, I dislodged a head-sized boulder and watched it bounce close to two runners ahead, then plunge downhill over scree, gaining speed and ferocity until it finally came to a shuddering halt in undergrowth.

Next was the scree slope, reminiscent of the terrain in Coire Lagan on Skye or a Pap on Jura. We surfed downhill on a conveyor belt of rolling rocks, before being spat out onto a narrow path that snaked downhill through ferns. Seconds later, I was through a gate and bursting across the campsite, looking back with pride at the formidable slope we had just descended. As for my foot, I had forgotten all about it. It was painless, miraculously. Such are the rejuvenating powers of the fells. 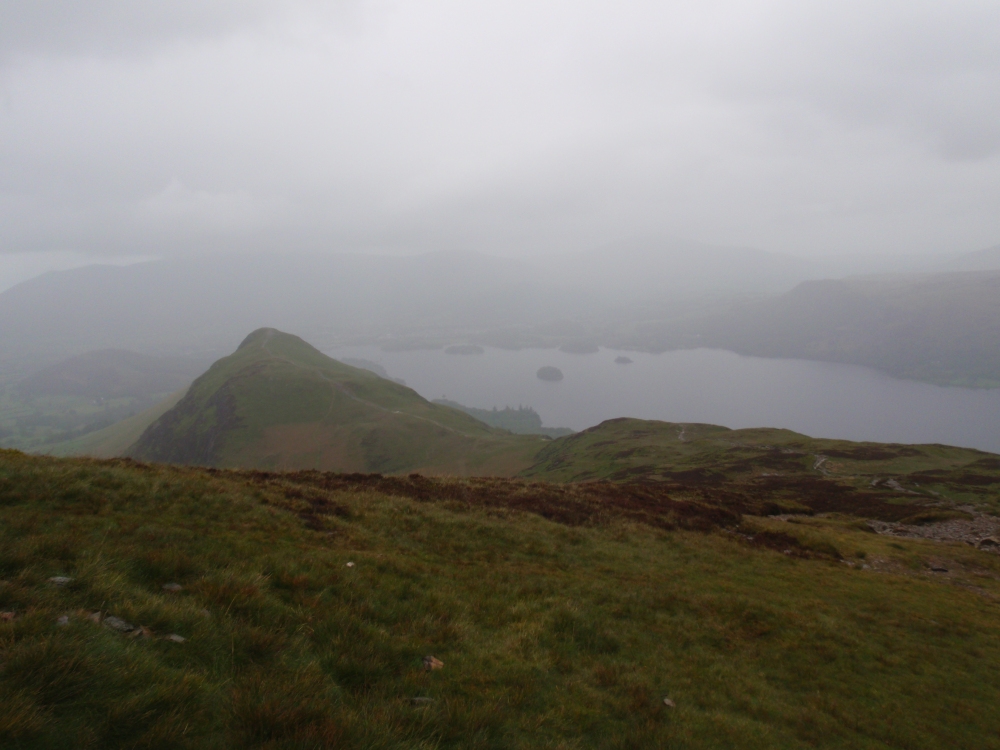 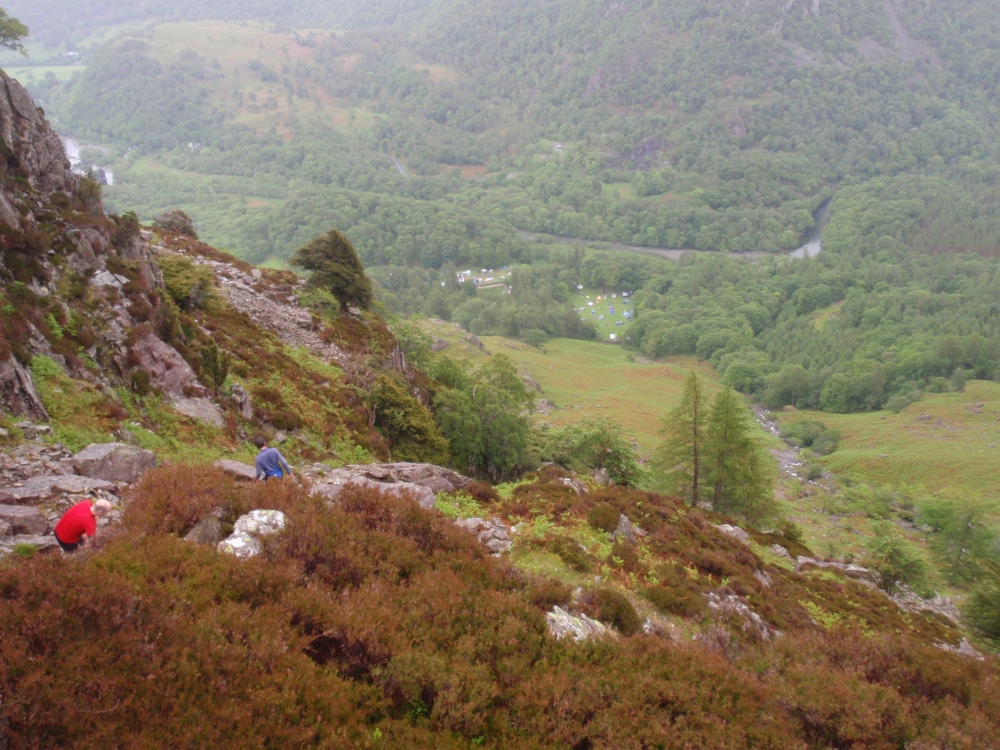 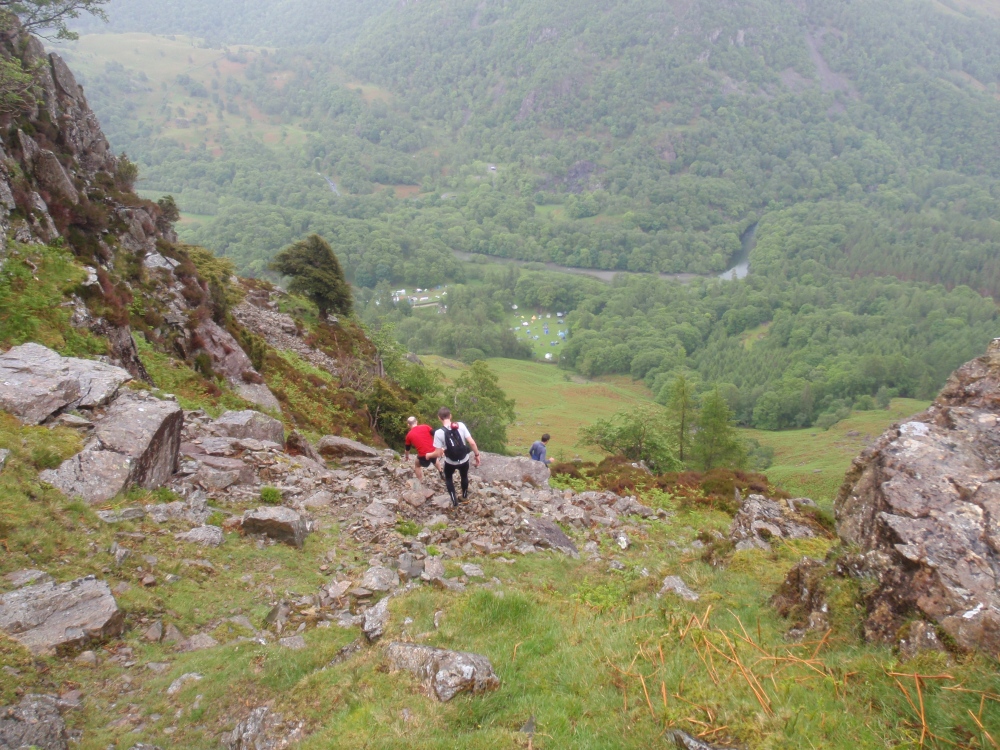