What does a man do once he has conquered the world’s 8,000-metre peaks? Everything else must seem pretty mundane in comparison. Not tackling England’s 39 shire county tops (sort of, anyway), it seems. For that is what mountaineer Alan Hinkes is up to at this very moment, raising money for mountain rescue teams in the process. Hinkes is attempting to climb the lot in eight days. He started on The Cheviot in Northumberland on August 28 and aims to finish on Helvellyn in Westmorland on Saturday.

Hinkes is ‘attempting a new record for climbing all of the highest peaks in the 39 English shire counties’.  I am sure he will be successful, for I doubt such a record is in existence. And if one was, would it be the list of hills he is climbing?  At first glance, the 39 tops appear to be the historic – or pre-1974 – summits: a logical and indisputed choice for such a challenge. But on closer inspection, Bald Hill in Oxfordshire has been replaced by the more glamorous Whitehorse Hill, Black Hill in Cheshire is usurped by Shining Tor and Warwickshire’s Ebrington Hill by Turner’s Hill.

My point is this: it is easy to set a record when a record (a decent one) does not exist. That is unless it is something impossibly ridiculous, like the first person to climb Everest in flip-flops or the the first dog to ride a shark across the Pacific. Now I’d gladly give money to anyone attempting either of those.

It reminds me of my time spent as a journalist in Peterborough, when my news editor would regularly dream up random and pointless challenges I could undertake in a bid to establish a ‘first’. Cycling from Werrington – a northern district of Peterborough – to Walsall, and back, was one of his favourites, I recall.

To my knowledge, there is no equivalent challenge in England/Britain/the UK to climbing the highest mountains in the 48 states of continental America. It seems strange there is not, bearing in mind our smallness compared to the US. It could be done in a week. It would be far more rewarding than the Three Peaks Challenge. If Hinkes gets to the end, which I am sure he will, perhaps his list should be adopted? Then others can have a pop at his record.

I was going to say that I hate to be pedantic, but what is wrong with  being pedantic? After all, a mountaineer would not climb a 7,999m mountain and claim it was an 8000-er. Still you can’t criticise a great man for taking on a great challenge, and raising oodles of cash. So here is a link to the website. 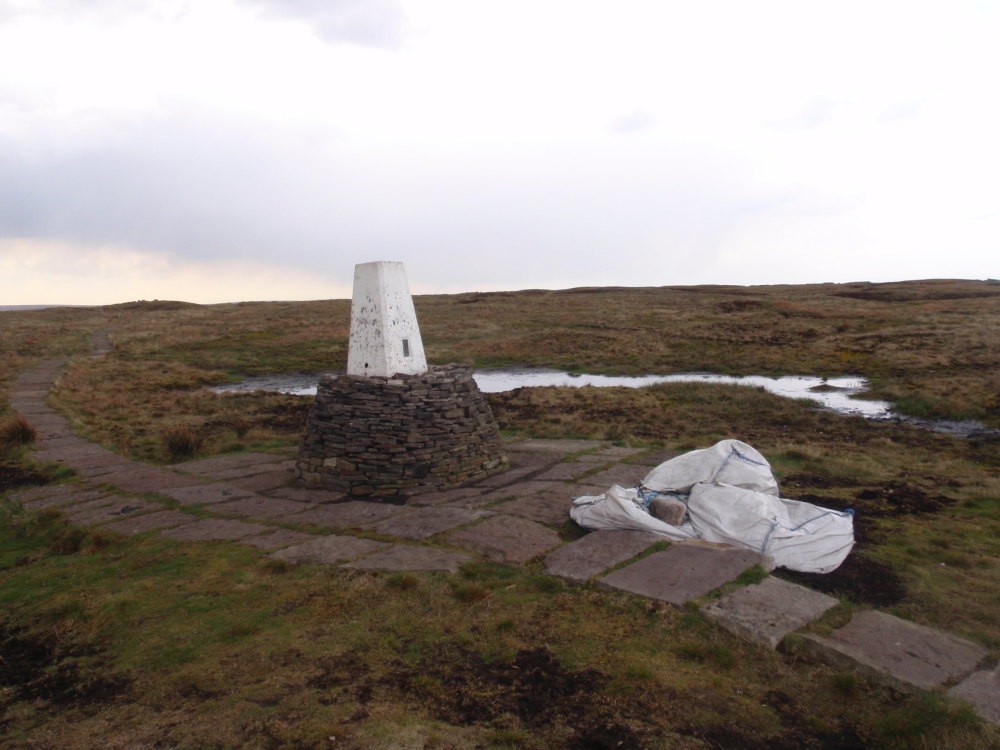 Black Hill, the highest point in Cheshire (or maybe not)