It had all started rather well. I was running in fifth place in the Lowther Trail Run, ticking along nicely. I could not believe my luck. Despite not having raced for three months, with much of that time lost to injury, I was climbing well, descending reasonably and moving purposefully on trail. Entering mile six of 13, I was confident of sustaining my place and pace. I swept through a gap in a stone wall and a moment later I was on the ground. My right ankle had taken a shuddering twist on some unknown obstacle. Adrenaline forced me immediately to my feet and I attempted to put weight on the ankle. A sharp pain. I sat down again, watching five or six runners flood past. I got up, hobbled a couple of steps and turned to face oncoming runners with the intention of walking back along the course to a nearby road crossing. My race was over. There was no need to manfully continue simply for the sake of it. I am long past racing when injured or ill. As quickly as I decided to abandon, I changed my mind, and blundered down a grassy bank. I did not continue out of foolish pride. I continued because I pragmatically thought I could run the pain off. The ankle was sore for a couple of miles, particularly on downhill sections or on tussock moor. But soon I was climbing well again and tapping out a fair pace for miles nine to 13, despite not having run these distances since mid-June. I obsessed about catching the runner in front, some 60 seconds ahead. Slowly, he came back to me; I caught him and moved 20 or so metres ahead, only for the final hill to intervene. I relinquished my hard-fought ninth place and sprinted into Lowther Castle the last of the top-10. I have a long way to go before I regain where I was in the early part of 2013 (and surpass that level), but a time a shade over one hour, 40 minutes for 13.3 miles of trail with 1400ft of ascent – not to mention that had I kept my feet (and not had a tennis ball of a swelling on my ankle today) things would have looked rosier – is not a bad place to begin. 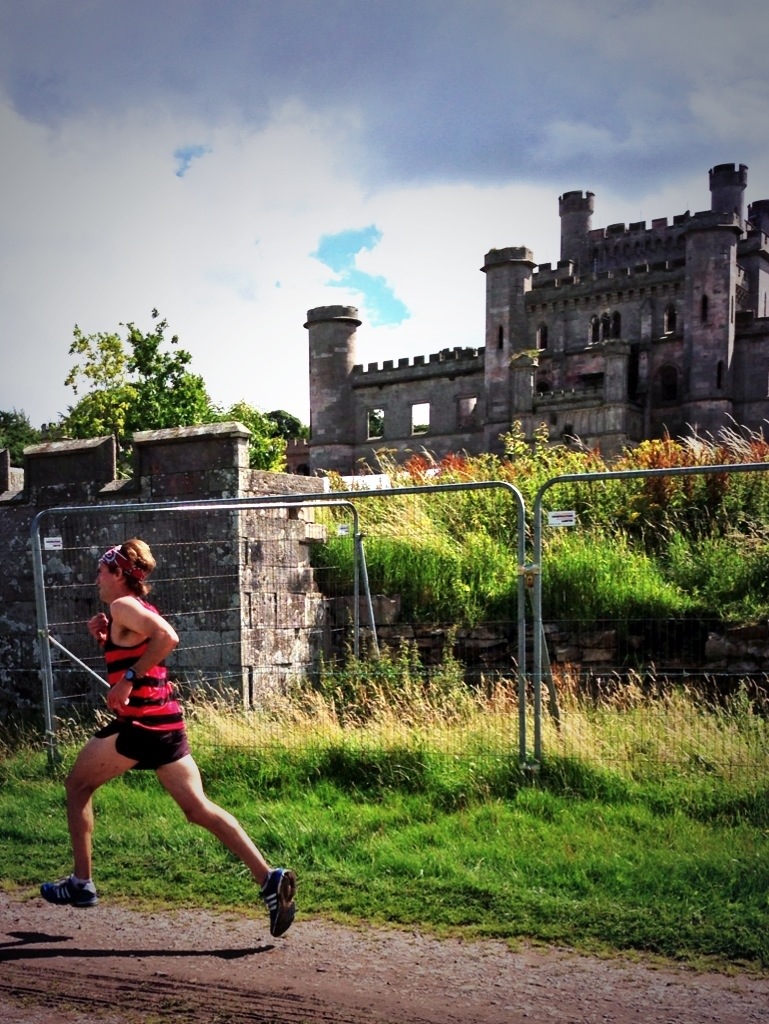