Think of it like this: imagine running starting again, every race beginning from scratch. How would we want the sport to be? Ian Campbell has a vision: ‘The revolution won’t have an online entry fee, plastic medal or pointless goodie bag.’

Lewis Breen has been running for 23-and-a-half hours. He would like to stop, but as he looks back at the hill he has just run down, he knows he must keep going.

If he ascends Arthur’s Seat – the 251-metre hill that stands sentinel over Edinburgh – one more time, he will have summitted the rocky peak 48 times in 24 hours, and who can deny the beauty of those numbers?

Sustained by the carbs and sugar of a Lidl bakery aisle, the first eight hours passed uneventfully, with Breen reaching the top 20 times, each up-and-down leg comprising a distance of 2.2 kilometres and a height gain of 160 metres.

How did he feel? Terrible. ‘I felt like taking my bag off and throwing it down the hill,’ Breen (pictured below) said. What was it all for? Fame? Money? A shiny medal and goodie bag groaning with things he had no use for?

Materially, it was for nothing. But then no price can be put on Breen’s ‘reward’. He ran for the sake of running, simply to see how many times it was possible to run up Arthur’s Seat in 24 hours.

‘When you start, you ask yourself, can I do it? The glory is that you have done it,’ he said.

Has running lost that innocent ethos? When did we allow something as simple as putting one foot in front of the other to be so complex? At what point did we let commercial interests run away with the soul of a sport? Why do we willingly pay £50 for a sterile 10-kilometre race, or more than £150 to leap over a set of obstacles?

Parts of the sport, notably cross country, and hill and fell running, remain largely insulated from commercialisation. It seems ridiculous that they could be tamed by money-making interests – but was not that also true of road running once?

Imagine a commercialised version of cross country? Mud would be considered a health and safety risk; the ‘technical’ finishers’ T-shirts would all be too big; the taking of selfies for in-race social media sharing would be strongly encouraged.

Meanwhile, fell runners in the north of England rail against any sort of commercialism. They demand simplicity: a race that is a few quid to enter; a slurp of water and a literal pat on the back at the end; no sponsorship and no branding. Should commercialism arrive, some runners have promised to take the sport underground, with word-of-mouth races happening at night. They are not joking. 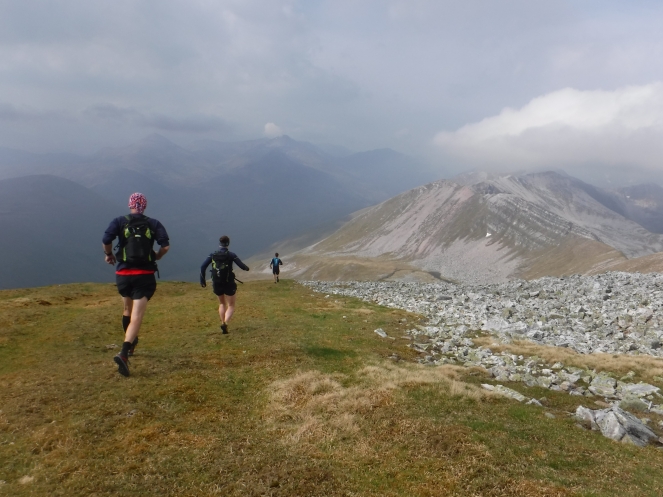 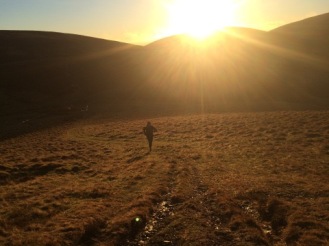 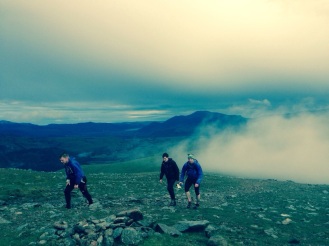 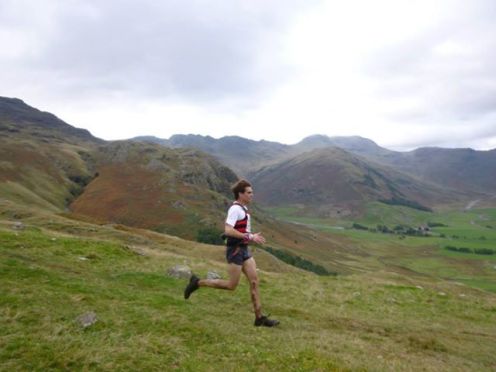 Beyond racing, the fastest known time (FKT) trend is perhaps the best example of eschewing commercialism. While Kilian Jornet’s feats need little repetition here (and admittedly form part of his living), the trend mirrors the endurance pioneers who did things for the sake of doing them.

Jon Ascroft, who achieved his own FKT in running the 23-Munro Ramsay’s Round in 2015, pursues hill running for its pure qualities. ‘Running in the mountains is the antidote to consumerism,’ he said. In a similar vein, when Charlie Campbell visited the 283 Scottish Munros in a continuous 49-day journey, he celebrated by playing a few games of pool, and eating ‘several packets of crisps and peanuts for dinner’. A week later he was back at his job, delivering the mail to the people of Glasgow.

Few runners epitomise the original ethos of running more than Martin Stone, the first person to run the three 24-hour classic rounds: the Bob Graham, the Paddy Buckley and Ramsay’s Round. His motivation was the joy he found in detaching himself from normal life. ‘These things were totally for my own satisfaction,’ he said. No Facebook update, no Instagram post, no Strava segments.

Perhaps Lewis Breen can be a symbol for our age, reminding us how to run like Martin Stone?

Mad Act Do was the inspiration behind the so-called MAD Seat. The marketing – for want of a better word – is refreshingly honest, conceding that asking people to repeatedly climb Arthur’s Seat for 24 hours is ‘relentless, epic and ultimately futile’.

Rather than asking runners to raise sponsorship or pay inflated entry fees – which in such circumstances Mad Act Do could probably get away with – they ask would-be sponsors to make an environmental pledge. One of Breen’s sponsors pledged to cut back on sugar; another to take shorter showers; a third to air-dry clothes instead of tumble-drying. 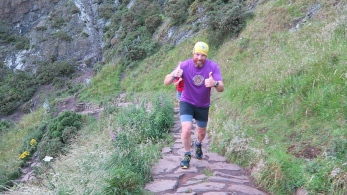 It sounds a bit nauseating, doesn’t it? Like one those couples who announce they are donating to charity rather than sending you a Christmas card, we have an immediate distaste to these do-gooders; they make us feel bad.

But Breen is no ‘eco-warrior’; for someone who has a degree in sustainable engineering, it is logical that he wants to do ‘something to help the environment’. Sneer all you want. The future is ours – and so is our sport. In this social media driven, look-at-me era runners too often turn to commercialised races as if they are somehow more worthy or legitimate than less glamorous alternatives. Take the London Marathon. A staggering 380,000 people, roughly equivalent to the entire population of Stoke-on-Trent, applied through the ballot for the 2018 race. How can so many be so blinkered, so blinded by commercialism? The achievement is running 26.2 miles, not running through the streets of the capital while people delight in telling you that ‘you’re nearly there’.

Ian Campbell, who once ran up Allermuir, a peak in the Pentland Hills 29 times over three days, clocking up a cumulative ascent to match Everest, established Winter Running’s Great alternative 5k, a race so low-key it scarcely warrants capital letters. The race deliberately clashes with the Great Edinburgh Winter Run – entry to the 5-kilometre race in January 2018 is £21. It would be cheaper to fill a tank to travel that far by car instead. The entry ‘fee’ for Winter Running’s Great is an old race T-shirt; the prize for finishing is someone else’s old race T-shirt.

Think of it like this: imagine running starting again, every race beginning from scratch. How would we want the sport to be? Campbell has a vision: ‘The revolution won’t have an online entry fee, plastic medal or pointless goodie bag.’

Perhaps then we might remember why we run in the first place.

Arthur’s Seat is part of an extinct volcano, rising to 251 metres above sea level and lying around one mile from Edinburgh city centre.

Edinburgh-born novelist Robert Louis Stevenson described Arthur’s Seat as ‘a hill for magnitude, a mountain in virtue of its bold design’.

In 1898, Caleb George Cash compiled a list of 20 mountains visible from the summit of Arthur’s Seat, calling them The Arthurs. The story is celebrated in Kellan MacInnes’ Caleb’s List.

Arthur’s Seat is one of the Seven Hills of Edinburgh that feature in an annual race linking the summits in a 14-mile loop.

According to TripAdvisor, Arthur’s Seat is Edinburgh’s number one tourist attraction, having been reviewed almost 15,000 times.

Hill and fell running races, predominately held in Wales, northern England and Scotland, are unfussy and traditional. Club-organised races are rarely more than £10.

Do-it-yourself challenges or fastest known times for a given route offer a plethora of opportunities for creativity and individuality – for the fraction of the price of racing. Try linking the inner London borough ‘tops’, for instance. Don’t be defeated by geography.

While parkrun is a business, there is no entry fee. The result is that runners believe in the power of parkrun as a force for good.

The Long Distance Walkers’ Association also stages events for runners. The Winter Tanners in Surrey is one of the best-known examples, offering cheap, low-key and no-frills racing.

This article was originally published in Men’s Running. 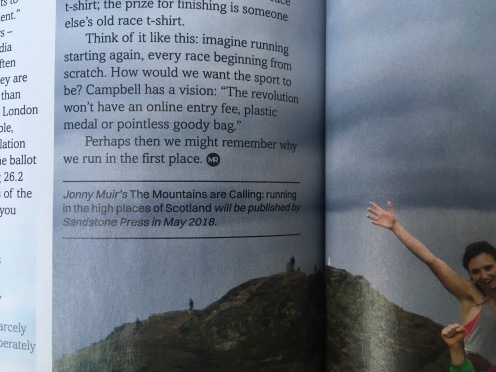