It was a late-October day in 2003 when I climbed my first Wainwright fell. Not that I knew at the time. Not that I cared. I was among a group of five university friends, who – without the benefit of a map – had crawled up the side of Lingmell. I forged ahead and summited alone, unwittingly claiming fell number one. I gained a second minutes later, Scafell Pike, the roof of England. I remember turning at the sound of a great roar, glimpsing a jet flashing through Wasdale far beneath my feet. That night, after thundering south along the M6, I painted my face green and celebrated Hallowe’en in Preston.

What has happened since?

I have become a fell-bagging monster, that’s what.

What started out as pure, innocent and innocuous, and an excuse to miss lectures, has become a determined pursuit to conquer each of Wainwright’s 214 arbitrary bumps.

After two months of teetering nervously on 98, I became a centurion on Bonscale Pike, an attractive hill overlooking Ullswater that I had not heard of 24 hours prior to cresting. Nor – in all likelihood – would I ever have gone there were it not for the taint of Wainwright. Thereafter, a run south over the High Street ridge on one of those astonishingly beautiful Lake District days took my total to 105. I’ve come too far to turn back; I will complete. And because running in the fells means 10 or more can be bagged easily on a single excursion, if I put my mind and body to it, I won’t have to wait too long.

The numbers do not tell the full story, however; I cannot escape the feeling that I am missing something. Pausing on High Raise, I looked across at the hills of the Kentmere Horseshoe and the less-dignified summits to the east. I had run over these in February, yet the names escaped me. It was only when I looked at the map (I know, I’m even carrying a map these days), I recalled Branstree, Selside Pike and Harter Fell. I had been to these places in body but clearly not in spirit. Once visited, I had simply forgotten them, cast them off, turning my eyes to another summit, another tick.

I continued to the highest point of the day and proceeded along the path that skirts the very top of High Street, several metres below the trig pillar. It didn’t occur to me to summit. Sitting here now, in London, I’m bemused by my behaviour. I’d been here in February and in previous years; I’d no need to visit again. That was my ill-sighted logic. I went to the zenith of Stony Cove Pike, of course; it was my first visit. Another mental tick. As I descended Hartsop Dodd, I wasn’t reflecting on what I’d done, more on what I hadn’t. There were still six Far Eastern Fells missing from my resume, with Place Fell the most conspicuous. The fell-bagging monster was planning the next run before the current one had been concluded. What would Wainwright have thought? I’d even used Wikipedia to assist in the identification of the top of Bonscale Pike.

I miss the days when I knew nothing and every summit was a moment of pleasure, a glistening achievement, not just a tick on a list. 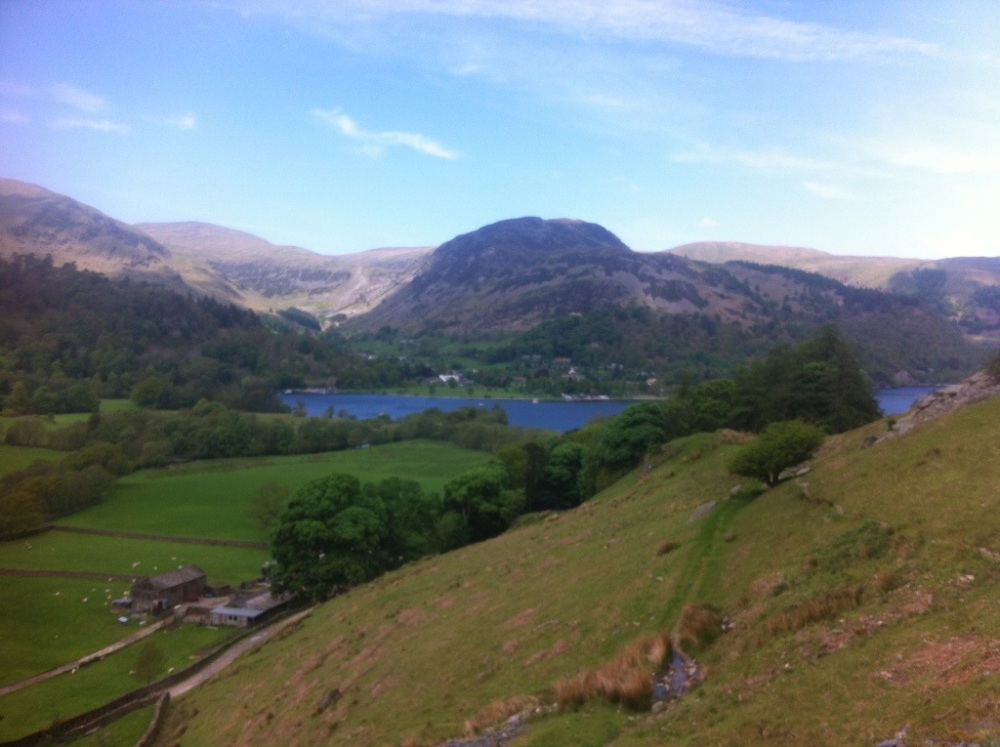 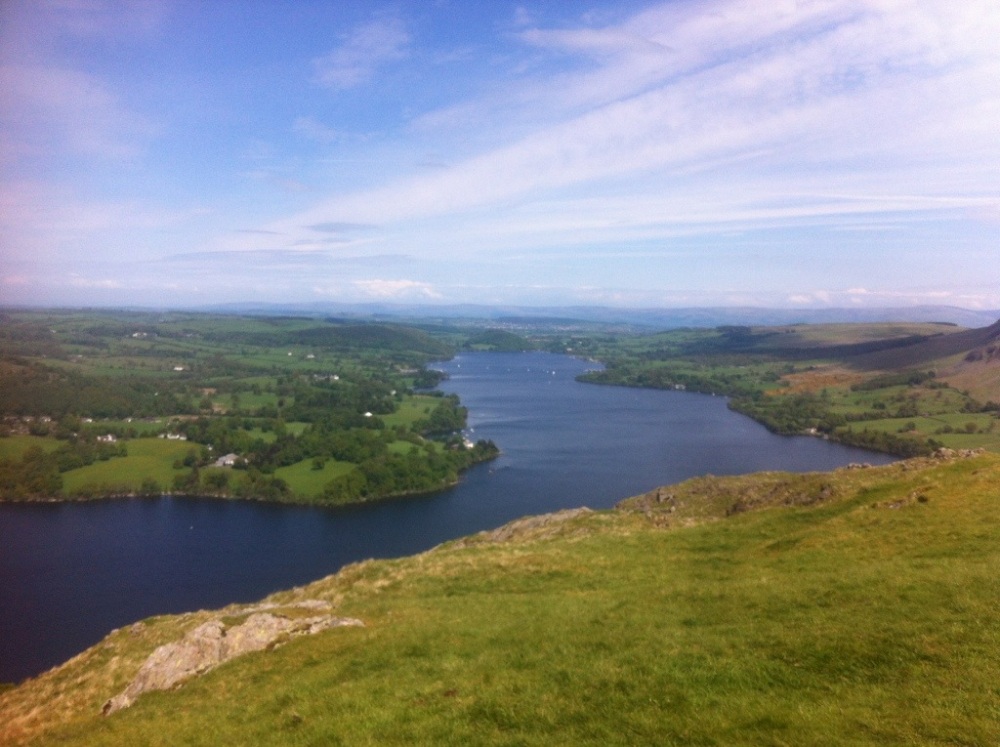