Running is an expression of anarchy. What other sport lacks limitations? Running is a metaphor for life; what path you choose to take. Running, essentially, is freedom. I was reminded of the glorious anarchy of running in Edinburgh. I had resolved to run the route of The Seven Hills of Edinburgh, a 14-mile loop (I contrived to make it 19) of the famous and prominent bumps of the Scottish capital. There’s nothing very anarchic about following the route of another (and certainly not that of a mass participation race), I appreciate, but bear with me.

The annual race – held on the third Saturday in June – starts and finishes on Calton Hill in the city centre. However, running from Morningside, I made Braid Hill my first objective instead. Once on the summit, I felt breathless and unfit, but I pressed on nonetheless; it is normal to feel like this after Christmas. Blackford Hill, muddy and slippery, Arthur’s Seat, windy and magnificent, passed, then Calton Hill, much of it crudely barricaded for Hogmanay.

Left onto North Bridge, right onto Royal Mile: an ironic setting for anarchy. It was raining hard in a diagonal fashion.The wind was whistling. The temperature hovered a notch or two above zero. The runner was wearing T-shirt and shorts. A piper was playing Amazing Grace. William Wallace, his face daubed in blue, shouted: ‘For freedom, for Facebook.’ Adam Smith glowered down at me. I accelerated on the incline, over cobbles, dodging pedestrians, weaving around and under umbrellas. Some stared, some saw and ignored, some didn’t even note my existence. A teenage girl screeched in horror. A man running in those shorts, in this weather? It was all too much to take. I was smiling.

I stood in the middle of the esplanade before Edinburgh Castle. There’s only so long a runner can pause, so I was very quickly off. As I made for the West End and Corstorphine Hill thereafter, I mused on the Royal Mile moment. That is why I run, I decided, to live these precious moments of anarchy. 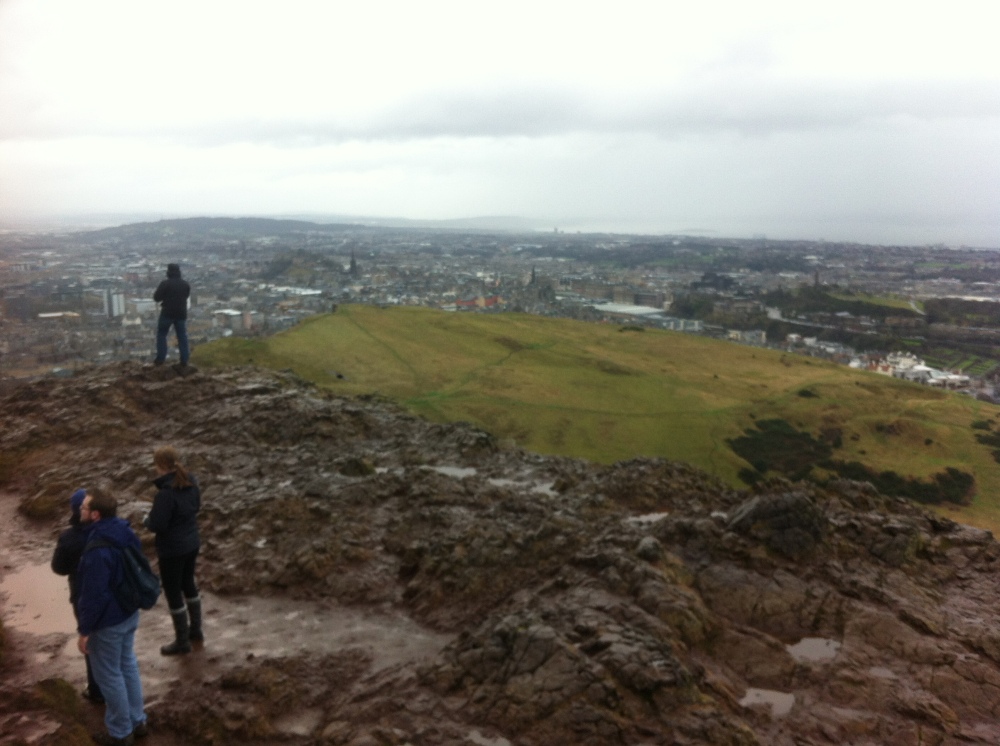 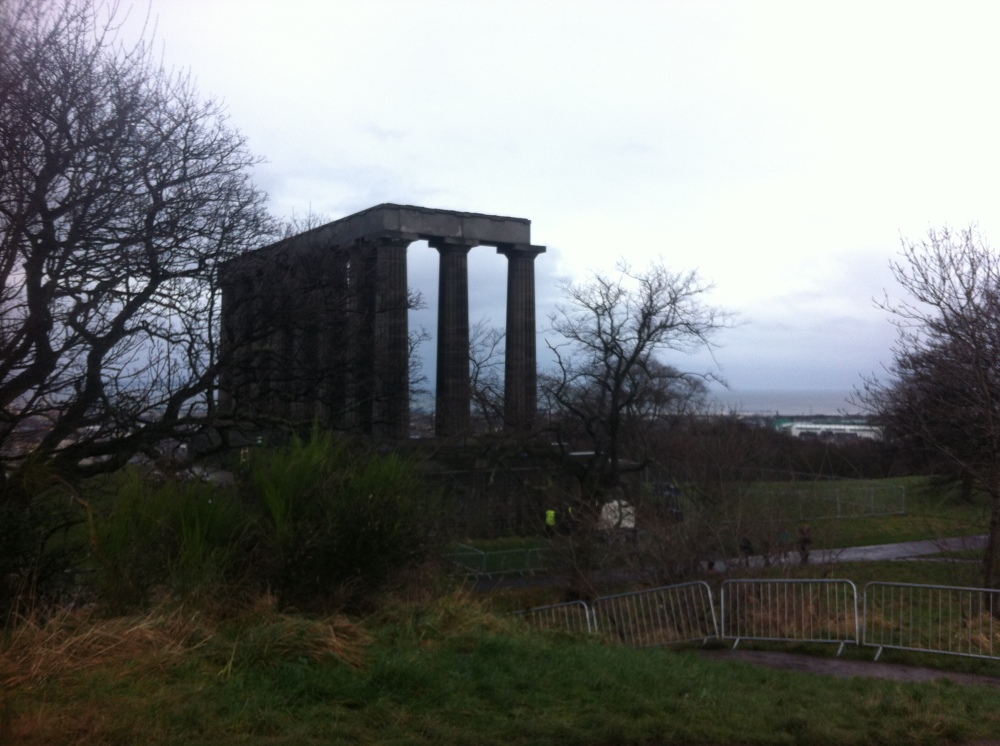