I have been back to Fellsman country: that April-time place of 61 miles of running, 13 hours of pain and pleasure, self-doubt and wonderment. I was on a bicycle this time. And rather than retracing every bump of the Fellsman horseshoe, I was simply slipping thorough the valleys and springing over the high road passes of the Yorkshire Dales. It was unintended, but it was a chance to see the peaks of the Fellsman from a different perspective.

After a 26-mile blast from Skipton, we passed the start line in Ingleton, before fighting a northerly headwind through Kingsdale, Gragareth on the left, Whernside on the right, both smeared in mist, to gain Dent. In the Fellsman, an apple and a handful of biscuits sufficed here; today I felt decadent eating bubble and squeak, with bacon, poached egg and hollandaise sauce, at the Stone Close tea room. Stonehouse beckoned thereafter; I gazed to the right, tracing the path that cuts across the high flank of Whernside and eventually leads to Blea Moor. Life is easier on the road. We spun under the Dent Head viaduct and churned up to the 433m Widdale Head pass, leaving Great Knoutberry Hill in our wake.

We overnighted in Hawes, sleeping peacefully until about 3 or 4am when we were woken by the inevitable sound of Snoring Man. We swore at him, he turned over, snorted and – eventually – shut up. We woke again to mist and we were soon in it, slogging a steep way up to Fleet Moss, checkpoint number 15, topping out an altitude of 588m. Fleet Moss was as I remembered: big and bleak. The road plunged violently downhill, then swept north again, past the Cray checkpoint beneath Buckden Pike to West Witton. Above the village, our haphazard route took us southwards again on a sharply-rising road to Melmerby. ‘Get up that road without walking and I’ll give you a free slice of treacle tart,’ the man in the shop in West Witton had promised. We did not return, but we had earned it. A cruise up Coverdale followed, bringing us to Park Rash. There, to the left was Great Whernside, looking every bit as dreadful as it had done in April, only time this time its profile was blurred by hill mist. I remember little else about Park Rash from my previous visit, apart from gorging myself on cocktail sausages and being overcome with panic when we realised the marshalls were not going to group us.

I could say how after two days of cycling, with the route of the Fellsman seemingly being everywhere, I was overwhelmed by the enormity of it all; Park Rash, in particular, was the defining moment of my Fellsman; I had run a mountain of miles to get there, then, on shattered legs and waning morale, I forced myself up Great Whernside, racing darkness, standing firm to an awful wind; in truth, however, I had been overwhelmed at the time and being back merely confirmed those feelings.

Thinning brake pads had given up by the time I urgently needed them most – on the one in four descent to Kettlewell. I had to walk the cycle down the steepest sections. I can not ever recall having to do such a thing. Back in Skipton, I read the papers: a big freeze was on the way. A local paper was reporting on the OMM, due to happen this weekend in the nearby Howgills. Even after 36 hours of romanticising about the Fellsman, nothing could have persuaded to brave the cold of the OMM. Back to London, for now. 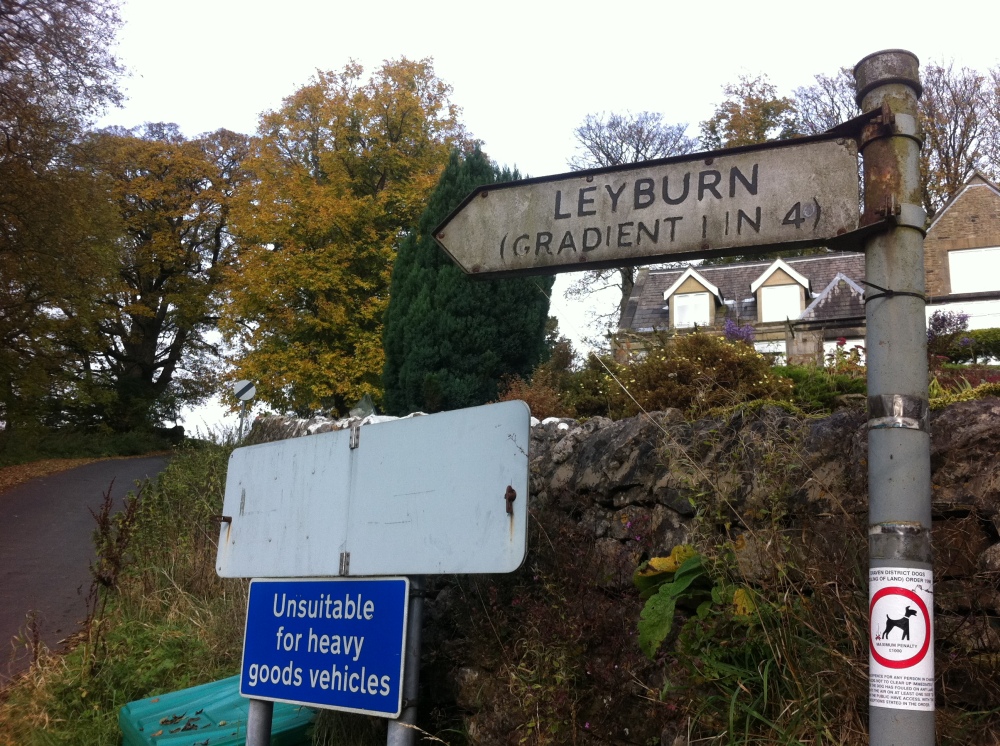