I am taking Askwithian advice when it comes to training for my Bob Graham round (pencilled in for spring 2012): ‘The only regimes that work are those that you can accommodate in your life.’ The question is, how much can I physically (and emotionally) accommodate? It is a gruelling undertaking training for a 70-mile run that involves thousands of metres of ascent wherever one lives; in the relative flatlands of south London, it is near-impossible. This was my week (or, essentially, my attempt at accommodating Bob – and everything else).

MONDAY: A 7.5-mile ‘recovery’ run – recovery from a 12-hour day at school, recovery from a 15-mile run the day before. The 60-metre or so ascent of South Norwood Hill? Imagine the climb’s equivalent, the height gain between Broad End and Ill Crag, I told myself. It is very hard to imagine, admittedly; the contrast could not have been greater. A final 15-metre climb to home? Well, that’s like Great Dodd to Watson Dodd three times. Home, food, another two hours of report-writing. Bed at 11pm. Tired. And it is only Monday.

THURSDAY: A social event at school; I leave at 8.30pm. ‘Are you really running home?’ a fourth or fifth incredulous colleague asks. ‘In this? Why don’t you get the tram?’ They have a fair point. ‘This’ is a mucky night: rain and wind. I run all the same, even adding an additional 1.5 miles to the typical 7.5 miles it takes to reach home, and throwing in a couple of short, sharp hills at the end. South Norwood Hill conquered – again.

FRIDAY: A gentle run with students. No more than 4 miles, but a worthwhile stretch of the legs. No suicidal road crossings. It sets a bad example to children, apparently. Another 15 miles on the bicycle.

SATURDAY: To Box Hill. A 13.5-mile up-and-down run around Denbies vineyard, then onto the hill itself, following the course (albeit haphazardly) of the Box Hill fell race. The ground was sodden, causing me to slip and slide. A marvellous two hours, nonetheless , particularly when the alternative – and the easy option – would have been a ‘hilly’ run on far more stable ground around Crystal Palace. I arrived home to find an email from a friend suggesting two pre-BG preparation events: one, The Pilgrim Challenge, a 66-mile, three-day ultra on the North Downs; and two, The Thames Trot Ultra, a 50-mile jaunt between Oxford and Henley along the river. The thought of either filled me with horror. I filled in an entry form for Box Hill, which made me feel a little better.

SUNDAY:  A 30th birthday party meant I could not join the usual club run today, thus robbing me of a two-hour effort. Nor could I run the Pirie 10 on Farthing Down. A brisk 5 miles around Streatham and Tooting Bec commons sufficed. Perhaps wise. Illness is on the way, I am convinced. There are odd pains in my right ankle too. They have 24 hours to go away before the next Monday ‘recovery’ run. So, a 47-mile week, with an acceptable amount of those hill-specific. Bob has been accommodated. Just about. Only 30 weeks of this to go. 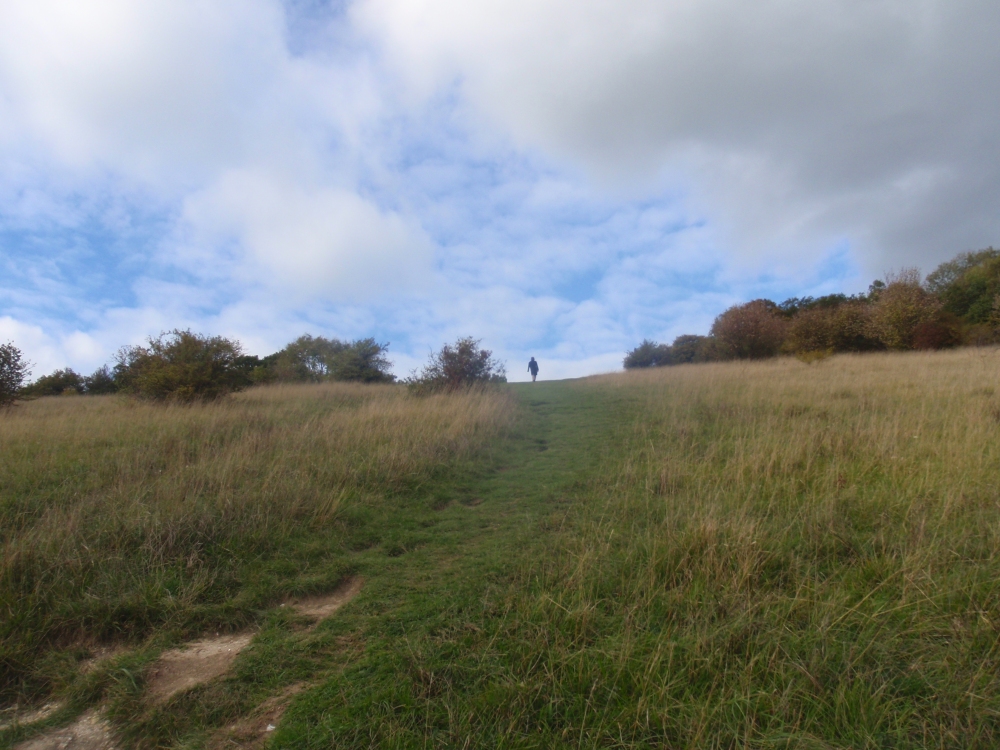 Box Hill. Not quite Lakeland. Definitely not London.