There is something extraordinarily compelling about Mont Ventoux – a mountain of pain, a mountain of victory, a mountain of ghosts. The ascent – 1617m over 21.8km – is one of the most challenging of cycling climbs in the world, with its long association with the Tour de France elevating it to legendary status.

Eddy Merckx won a stage here in 1970; Lance Armstrong and Marco Pantani sensationally fought on the slopes in 2000. Most famously (and tragically) of all, the British cyclist Tommy Simpson collapsed and died close to the summit during the 13th stage of the 1967 Tour. He had consumed a deadly cocktail of amphetamines and cognac in the previous hours.

There being no easy way to climb the Giant of Provence, we chose the hardest way (the one with the largest ascent): starting from Bedoin, a village at the foot of the extinct volcano, following the route traditionally taken by Tour riders. Accepting that the next two hours of our existence would bring inevitable suffering, we set off, sure that the summit would offset that suffering.

There was nothing terribly taxing about Mont Ventoux until the village of St Esteve had been reached, some 7km out of Bedoin. Here the road disappeared into forest, rearing alarmingly steep. First there was a kilometre at an average gradient of 9.4 per cent, then 9.1, then a huge one – 10.8. The trend continued: 8.8, 9.5, 9.9, 8.8, 9.6 and 8.6. The figures were mind-boggling; there is nothing in the south-east of England that can quite prepare a cyclist for this brutal test of attrition.

There was a brief respite at le Chalet Reynard, where the kilometre average dropped to as low as 5.4 per cent – so shallow it felt akin to riding downhill. But a new difficulty emerged: the surroundings had abruptly changed. Gone was the forest – and with it valuable protection from a sweltering sun. Sweat poured off me. The road found an ever-steepening way up through the moon-like scenery (the ferocity of the wind here means trees do not grow) of the upper ramparts of Ventoux, with our destination still several kilometres distant.

With around 2km to go, I passed Tommy’s shrine, decorated by gifts left by cyclists – water bottles, cycling trinkets, shoes, tubes and, ironically, energy bars – how Tommy could have done with one of those. A load of tat really. Symbolic tat, nonetheless. Yet this was the place where Tommy Simpson pedaled his last stroke: I shivered, despite the baking heat. His final words were apparently: ‘Go on, go on!’ As the French would say: ‘Chapeau Tommy!’

I took his advice, although my legs began to wilt terribly in the penultimate kilometre. The bonk was upon me. It was little wonder, for the gradient had ramped up to 10.2 per cent. But the summit was in sight, and inspired by thoughts of Armstrong, Merckx, Pantani and Simpson, and the maniacal crowds that cheered them on, I dropped into the easiest gear, hauled myself off my seat and pedaled as furiously as I possibly could to the roof of Provence, gaining the summit one hour and 46 minutes after leaving Bedoin.

There waiting for me was a majestic vision: Provence spread out before us, the snow-capped Alps to the east, Bedoin a long, long way below. One by one cyclists crossed the line: some shouting and punching the air, calling out their times; others slumped over their handlebars, pain etched across their faces. I will never live up to the standards of Armstrong or Ullrich (or for that matter Iban Mayo, who cycled from Bedoin to the summit in a record-breaking 55 minutes in 2004), but at least I had followed in their tire marks, and, in doing so, had contributed in a small way to the glorious history of Ventoux. 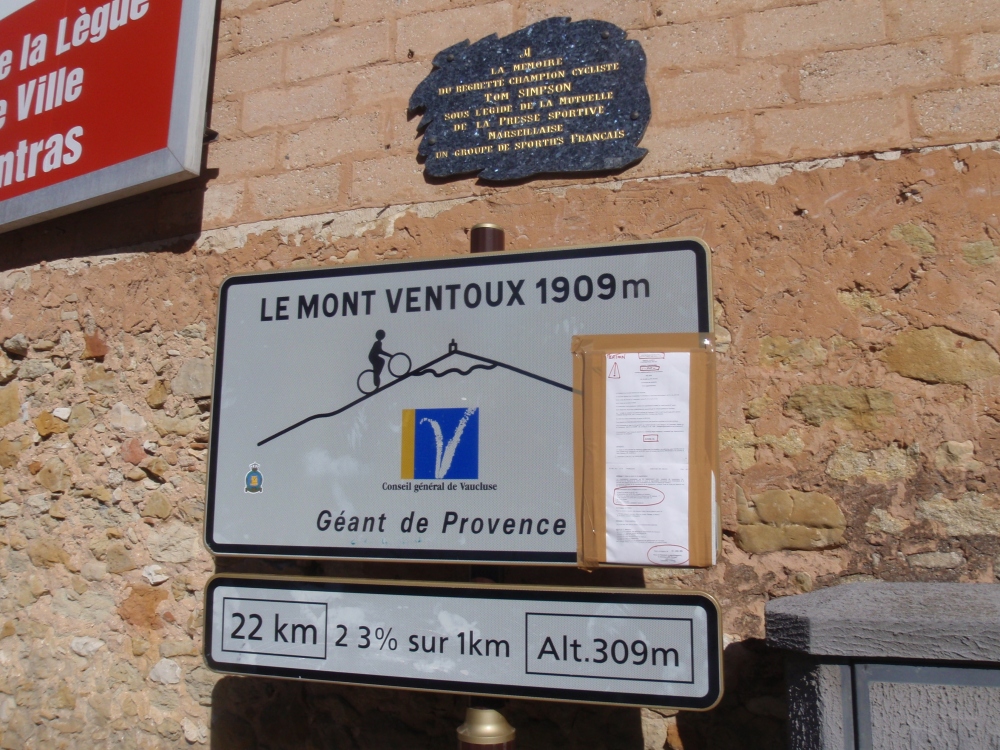 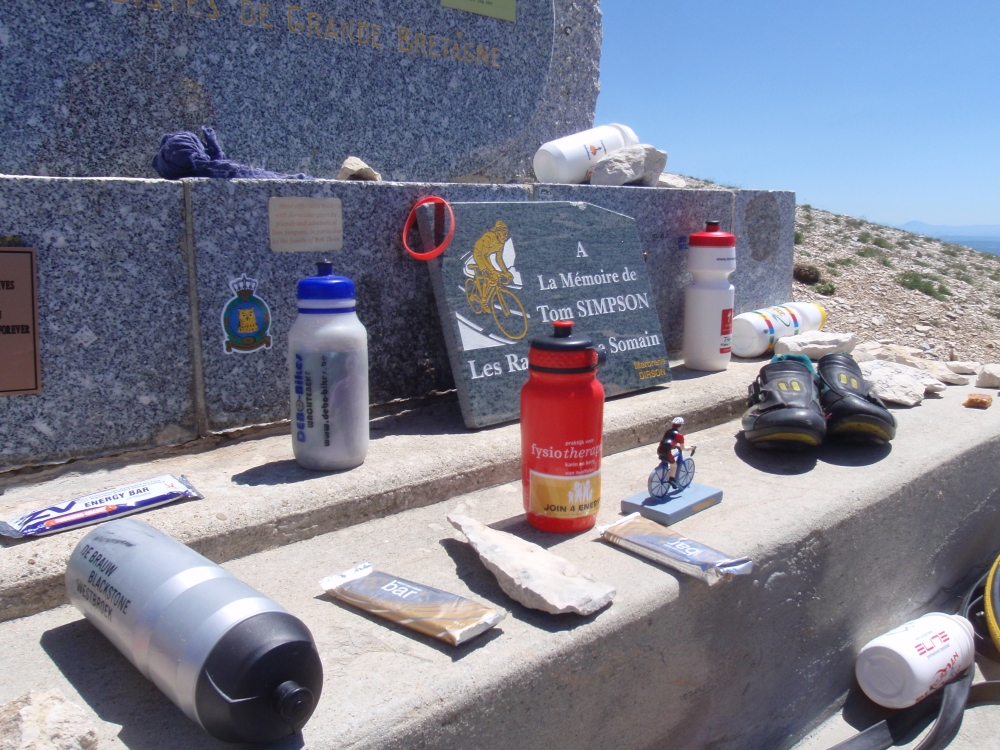 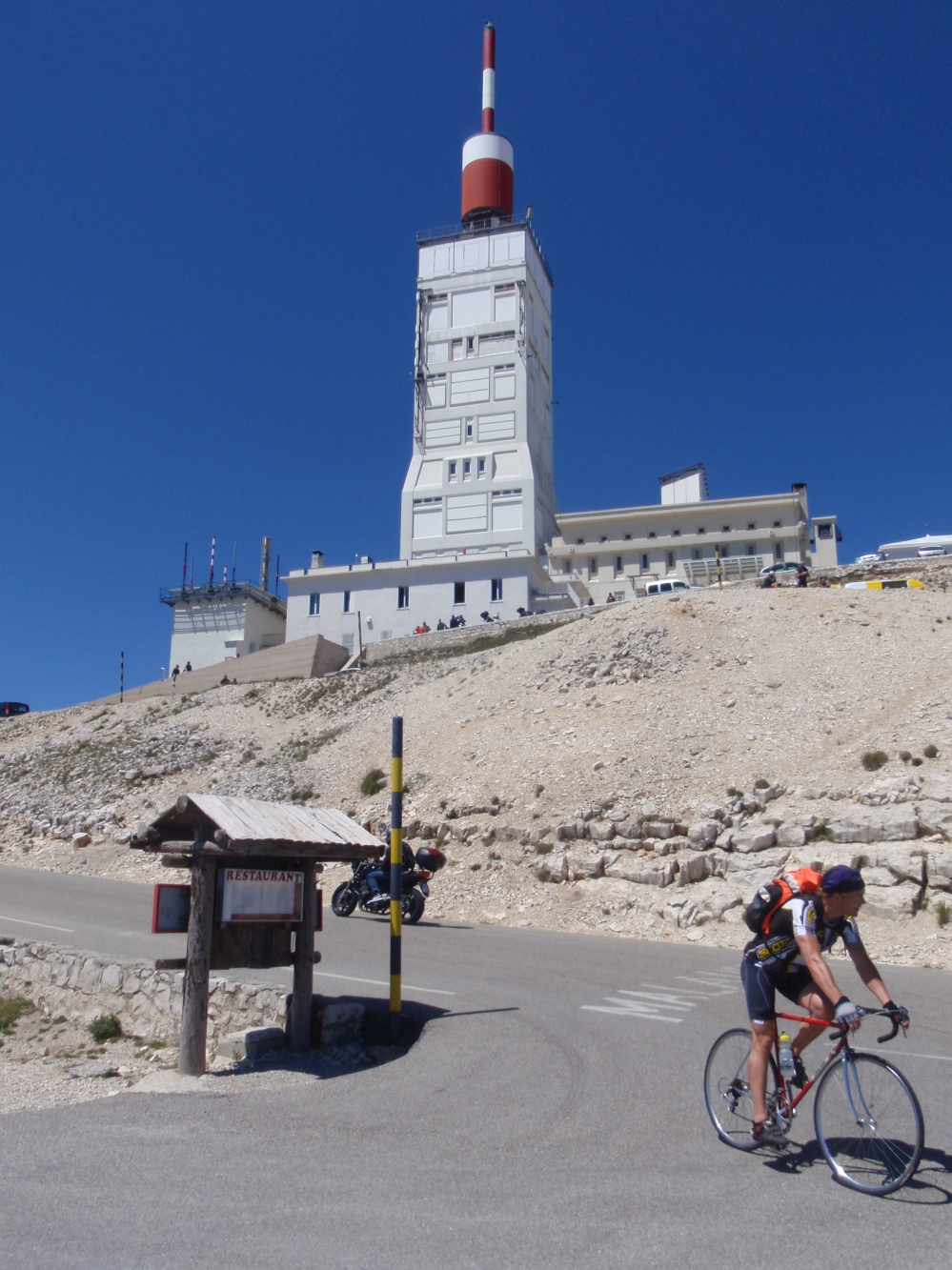 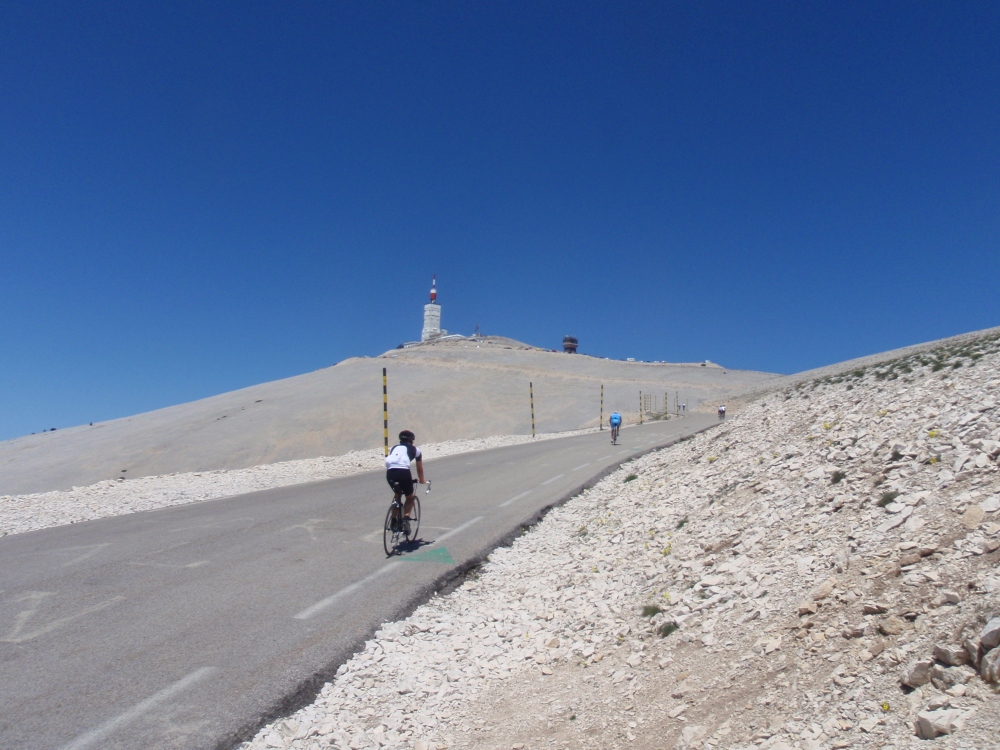 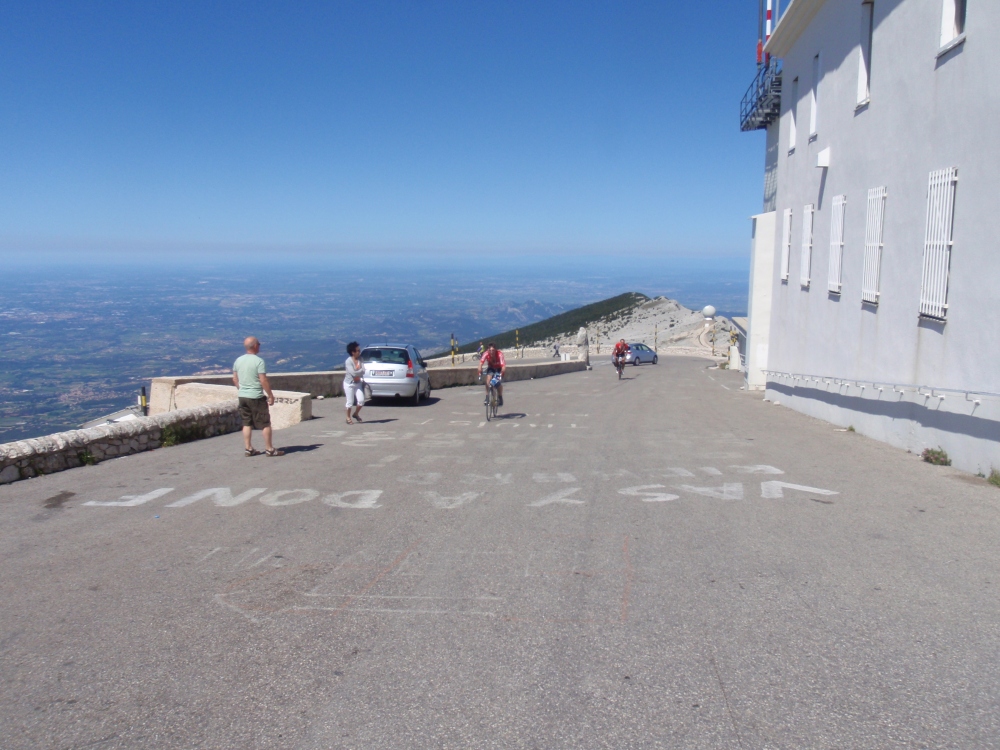 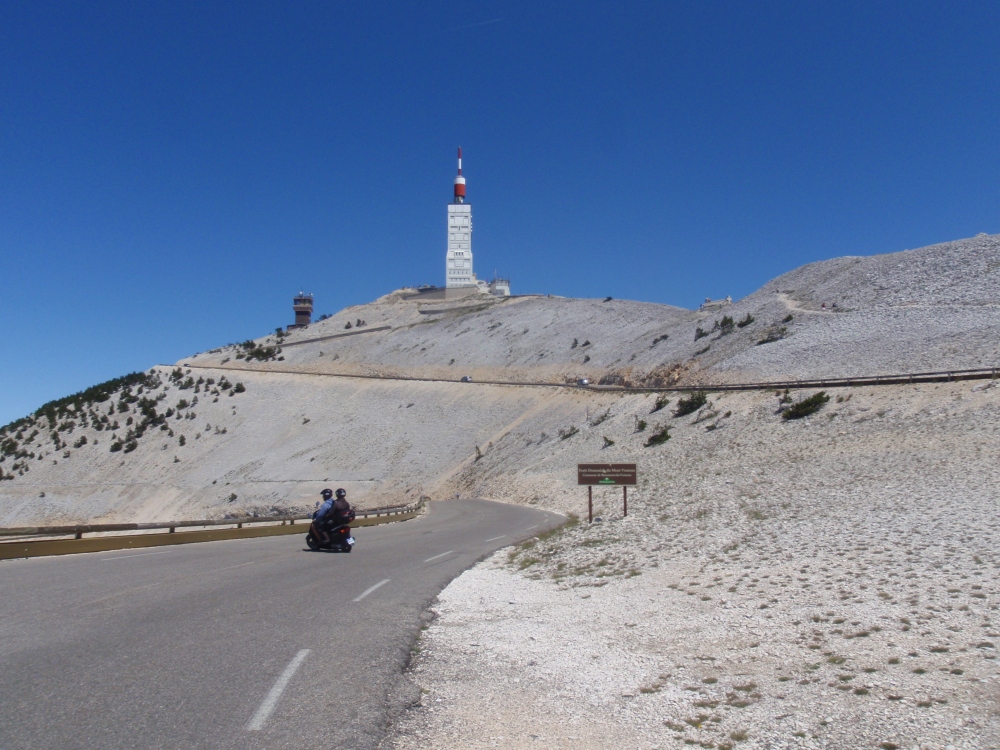 Armstrong attacking Pantani, Ullrich and the rest in the 2000 Tour: