High above, the jagged, dark silhouette of Blencathra decorated an oppressive sky. There were no stars. An incessant rain pounded the car roof. We fretted. Marc and Nayth (and their water-carriers) had left Moot Hall at midnight. Time was winning. Blundering off Skiddaw, the fivesome had been bamboozled by what is elemental in daylight. Time seized her moment.

A star came out. A yellow, blinking beam. Then another. And another, until we could count five precious beacons. They were descending Halls Fell, presumably slick and slippery with water. Slowly, the stars brightened, gingerly descended Halls Fell, swept across a mountainside, and plunged down a road until they were shining in our faces.

You do not run on the Bob Graham Round. You do not walk. You move. And if you keep moving, keep progressing, keep going, Time will relinquish her willing grip. And that is all a Bob Graham pacer – call us what you will: water-carrier, mule, motivator, navigator, force-feeder, split-taker – can ask from those he paces. Just keep moving. We – Marc, Nayth and two new water-carriers – kept moving into the dawn, relentlessly up and up and up Clough Head, over the trio of Dodds towards Helvellyn. Nothing happened, but nothing is what you desire. Something is what you fear. We were descending in clag when my right foot clung to a boulder. I was in the air. I was skidding on a carpet of rocks. I sensed the others freezing. Dread. The moment, the something, the horribly unplanned that can ruin everything. ‘I think I’m okay,’ I said breathlessly. There was blood, grazes and throbbing, but it was not that moment. We resumed movement.

Fairfield. A towering monument to hardness. We slogged up, zigzagging through scree, tapped the summit and escaped to Seat Sandal. A ripple of applause greeted the runners at Dunmail Raise. Time’s grip was loosening. Steel Fell beckoned. We climbed forever. Leg three stretches implausibly far. Wasdale was the objective, six hours away. Nayth and Marc kept moving. I know what you are thinking, I thought. You are hating this. You are wondering why you are here. You do not believe you can do this. You can, I wanted to shout, but the epiphany of belief, of wondrous realisation was theirs to accomplish.

Once on Bowfell, Great End, Scafell Pike, Broad Stand and Scafell gathered menacingly. Leg three was transformed. Gone were the bogs and tussocks; rocks rule here. The pounding takes its toll. Marc and Nayth kept moving. They paused momentarily on summits to record a split before they moved off. Scafell Pike was heaving. ‘You’re nearly there,’ a walker remarked. They weren’t.

Broad Stand gesticulated. Ropes had been strung along the wall. One-by-one we were ferried upwards, three of the four of us non-climbers. Marc howled as cramp seized a leg as he hoisted himself away from the hideous ledge that Coleridge knew a fall would have ‘of course killed’ him. I went up last, flapping and flailing tired arms and legs in unpretty fashion. It was emotionally exhausting. My knees throbbed. Above was a great staircase of vast ledges and boulders, and further up the summit of Scafell. The descent to Wasdale is the longest of the round: a steep wall of rubble and grass, a sweeping moor, a scree shoot, a murderously sharp field, a wade through a gushing white river, a meandering footpath to the National Trust car park. Marc and Nayth’s support crew were waiting, a feast laid out. My job was done. I stopped. I had spent 10 hours on the fells, covering some 28 miles. The relief was crushing; I could have cried. Slowly but surely, the water-carriers had helped Marc and Nayth claw back Time. They were on course to finish in 23-and-a-half hours, having drifted outside 24-hour pace in leg one. They just had to keep moving. I watched Nayth vomit profusely as he left the car park and craned my neck skywards as the group processed up Yewbarrow. Momentarily, 45 minutes later, they were silhouetted on the skyline, then they were gone, swallowed by Yewbarrow. I got into a sun-baked car and closed my eyes.

The silhouetted stars reappeared four hours later, scuttling into Honister. Marc ran past like he was finishing a 10k. Dangerous thoughts had been racing through my mind since my Yewbarrow-gazing. I was going to run again, run leg five from Honister back to the Moot Hall in Keswick. I couldn’t not be part of this.

A pack surged up Dale Head. What belief does to a man. Marc and Nayth, in particular, believed. Their stride and their body language expressed the decisive compulsion of a human who is going to complete a Bob Graham round. There was magic in the air in those hours. Dusk began to fall as we bounded off Dale Head. Mountains gradually faded into the sky. Rain began, rain that I have never minded less. Marc and Nayth embraced on Robinson, summit number 42. Nayth’s mother – who had run with us from Honister – was overwhelmed with enthusiastic pride. Time, of course, would not stop. We had to keep moving. The hills were still and silent; Hindscarth appeared impossibly vast from the west. Keswick was a bright smudge. Marc shuffled down Robinson, a man who did not seem able to bend his legs any longer. Darkness. We were stars again: seven headtorches inching closer to the steps of the Moot Hall with every step, every shuffle, every movement. Rain fell harder. Little was said. Water-carriers burst forward to open gates. It was very dark. Time had slipped beyond 11pm. ‘How far?’ Nayth asked. ‘Not far,’ I replied, knowing that after 65 miles, a step can be too far.

We were in Keswick, over the river, over the roundabout, past the shops. The Market Square was ahead. Cigarette smoke wafted across the road. Scafell Pike walker, they were ‘nearly there’. At 11.21pm, Marc and Nayth scaled the last two metres of the Bob Graham round and stood atop the stone staircase of the Moot Hall. Relief. Joy. Disbelief. Time stopped. She had been defeated. 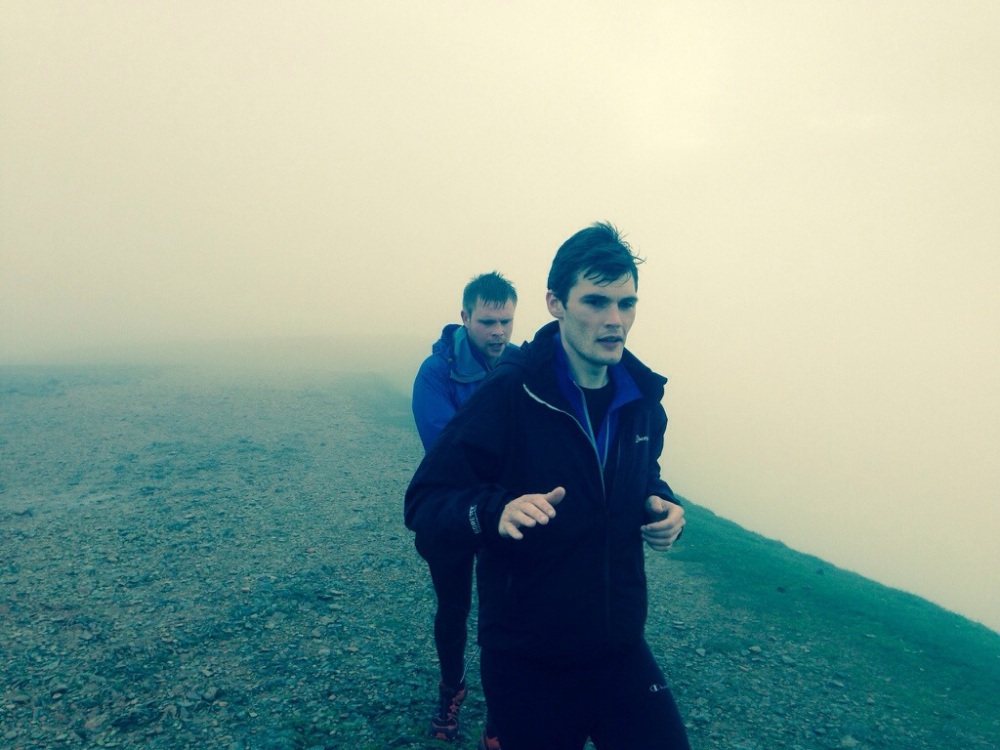 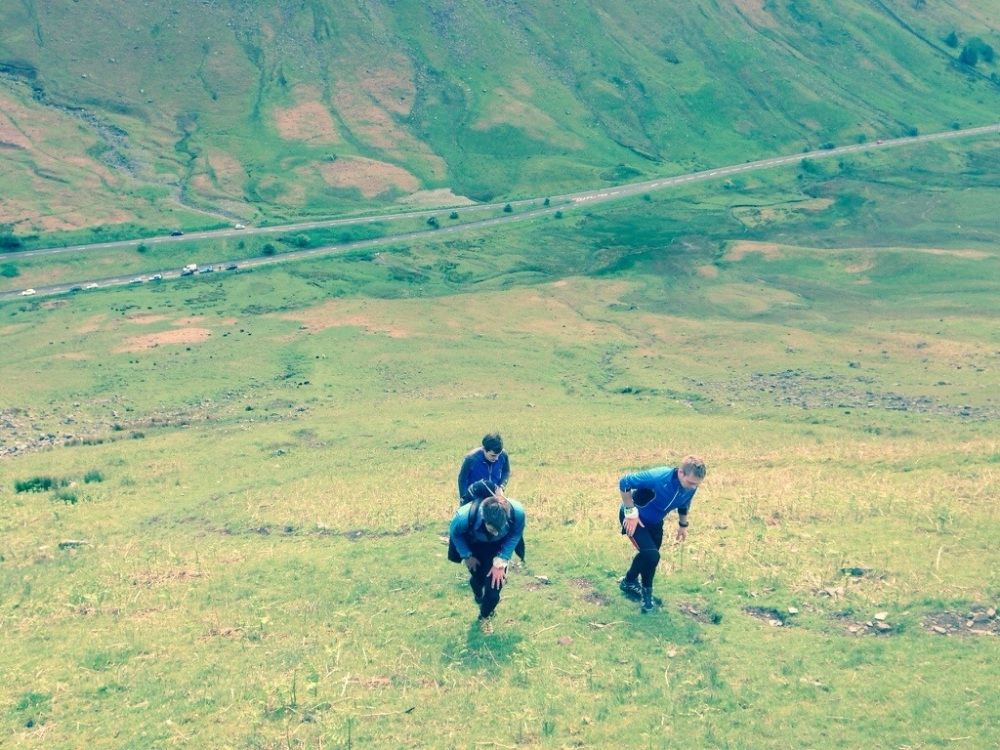 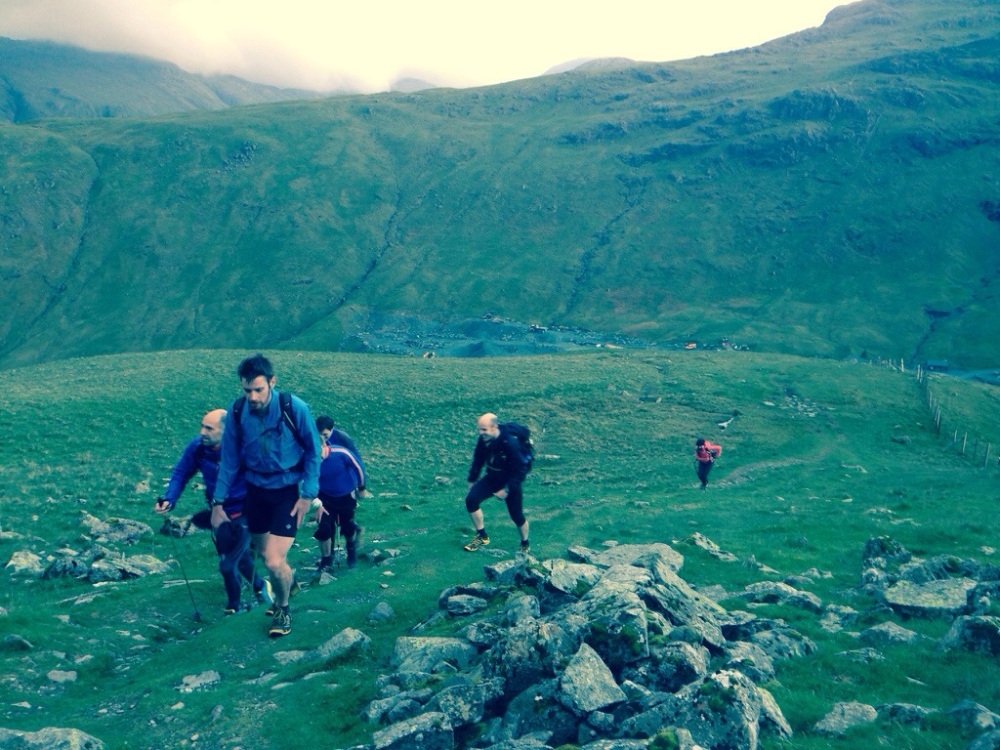 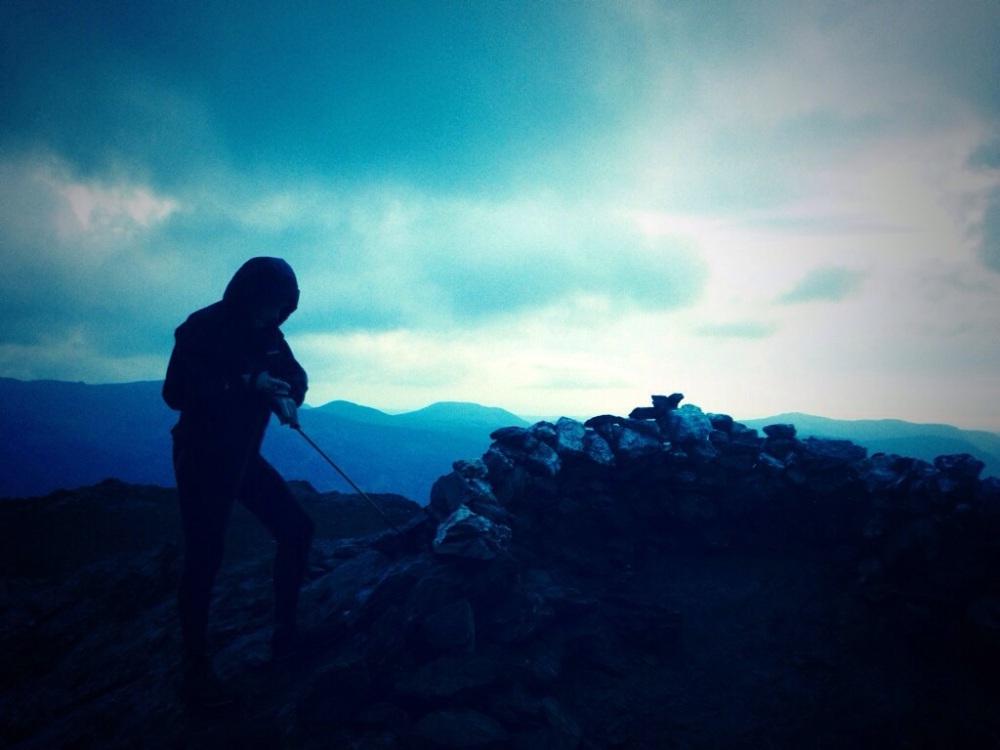