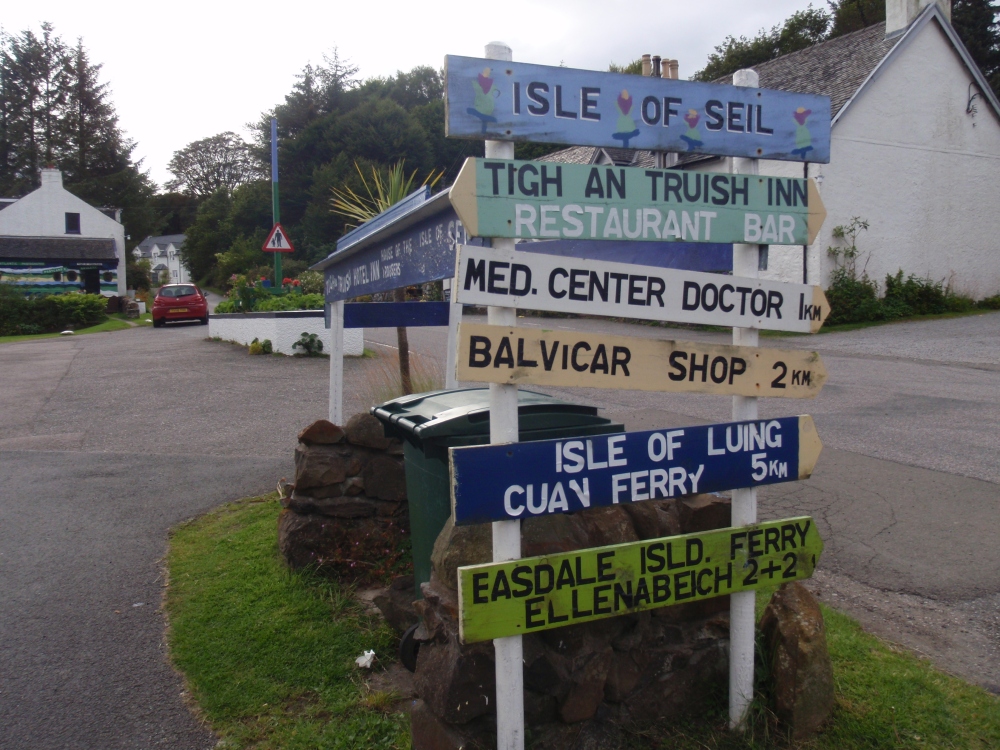 There are many Scottish islands I’d have liked to have visited for Isles at the Edge of the Sea, with Scarp, Raasay, the Shiants, the Flannan Isles, Iona and Easdale the most prominent in a long list. I don’t regret not going to these places, however; circumstance and the nature of my journey resulted in them remaining unvisited. Besides, my oversights have given me numerous reasons to return.

Some 16 months ago I had gazed on Easdale from the deck of a Colonsay-bound ferry, assuring myself I’d go there one day. A drive south from Oban, a blind summiting of the Bridge over the Atlantic to Seil, a little ferry from Ellanabeich to a pier on the lump of slate that is Easdale, and, indeed, I was there – an islander again.

There’s not a lot of Easdale, largely because the island was heavily quarried for its reserve of slate from the 17th to 20th centuries. There are holes and piles of slate everywhere. It was busy, touristy, too; Easdale isn’t a get-a-way-from-it-all Scottish island.

What it is is an example of how island communities can survive and thrive. According to the facts and figures on the website of Eilean Eisdeal (the island’s community development group), Easdale has 60 permanent residents. Of the 69 inhabited homes, 36 are second homes, however. Aside from people (and, vitally, young people), Easdale has plenty going for it: a museum, a (very good) cafe and restaurant, tradesmen, businesses and notoriety as the home of stone-skimming.

Its greatest asset, however, is the view from the tiny patch of Earth that Easdale occupies. From the 38-metre summit of Easdale, there is a marvellous panorama of the west coast of Scotland, a stupendous collection of islands: Seil, Luing, Lunga, Scarba, Jura (the less interesting bits though, not the Paps), Islay, the Garvellachs, Colonsay, Mull and Insh. 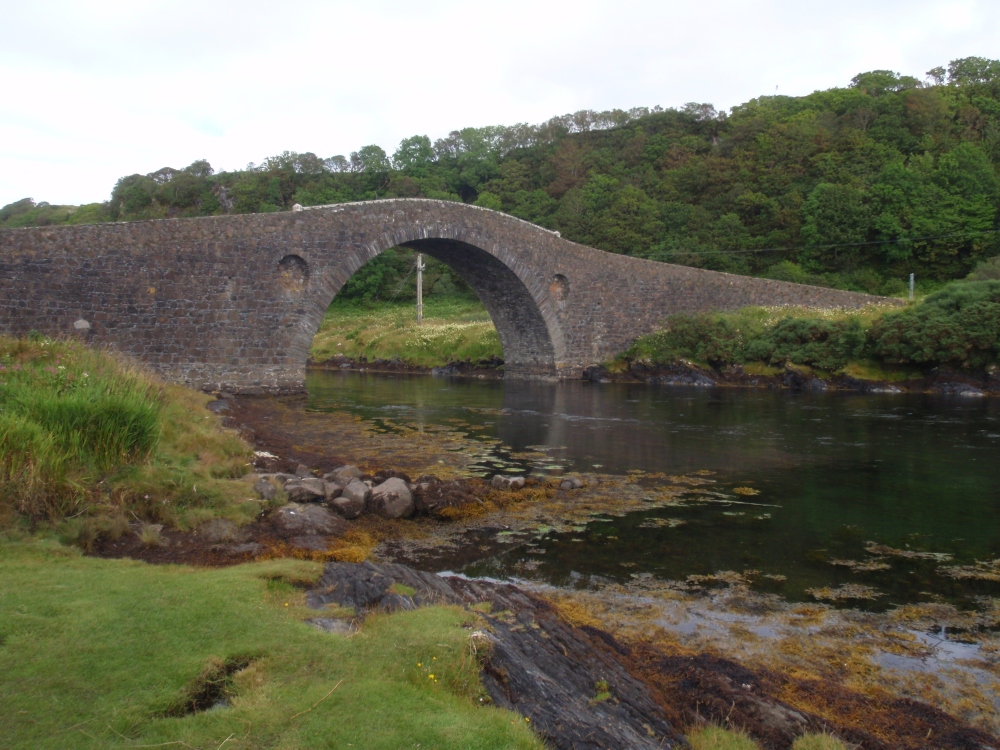 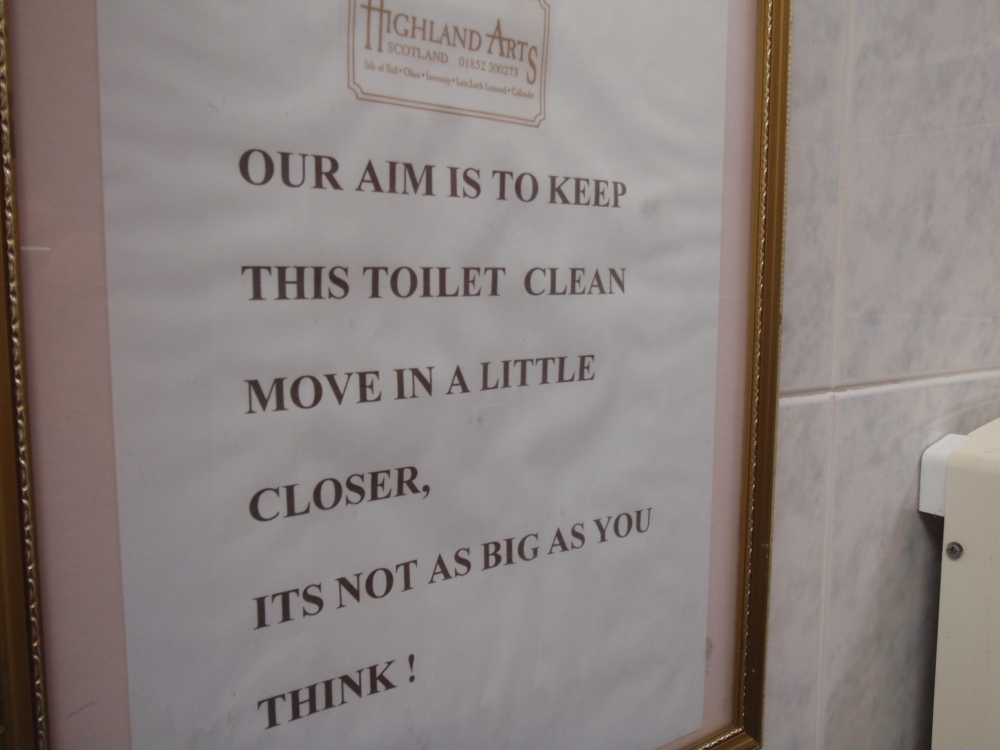 Home truths in the gents in Ellanabeich 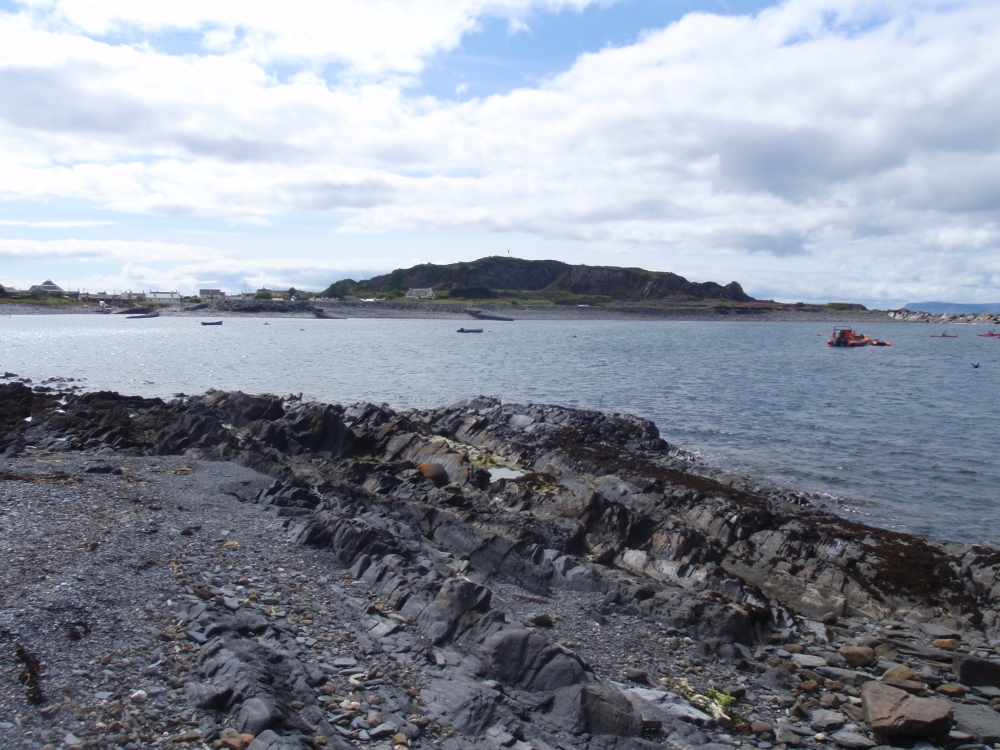 Easdale, as seen from Seil 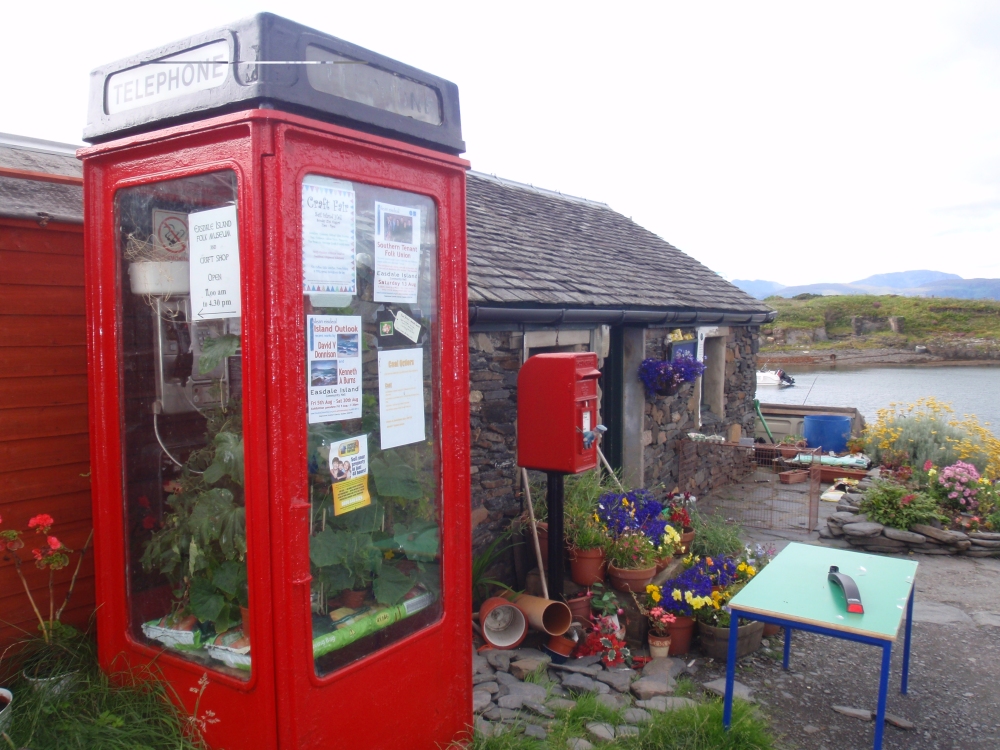 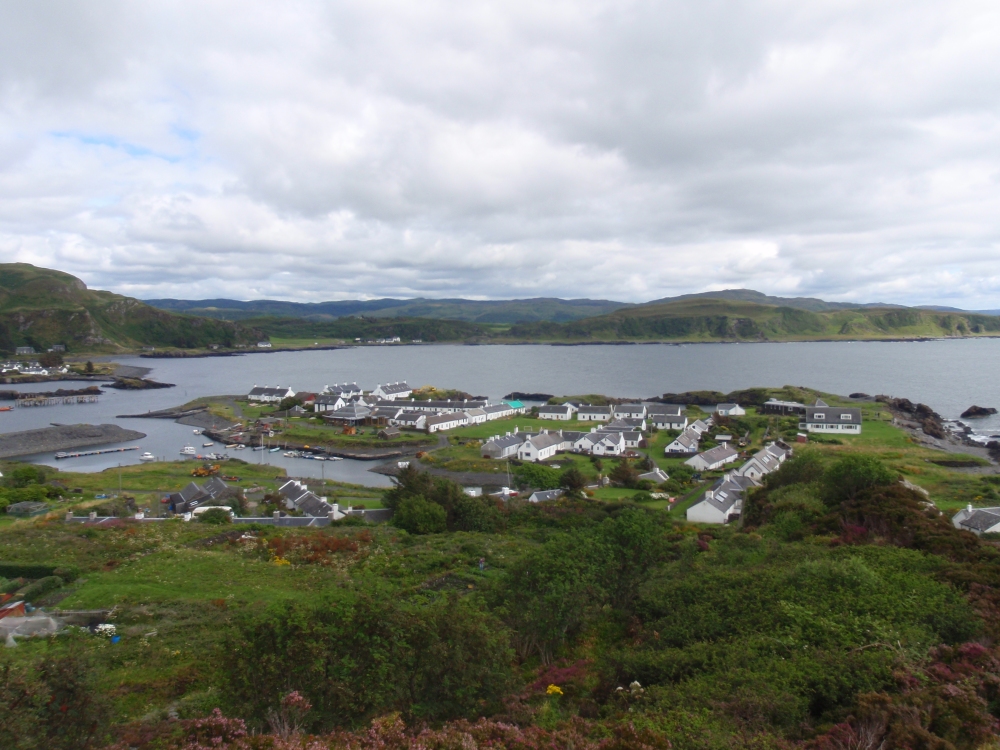