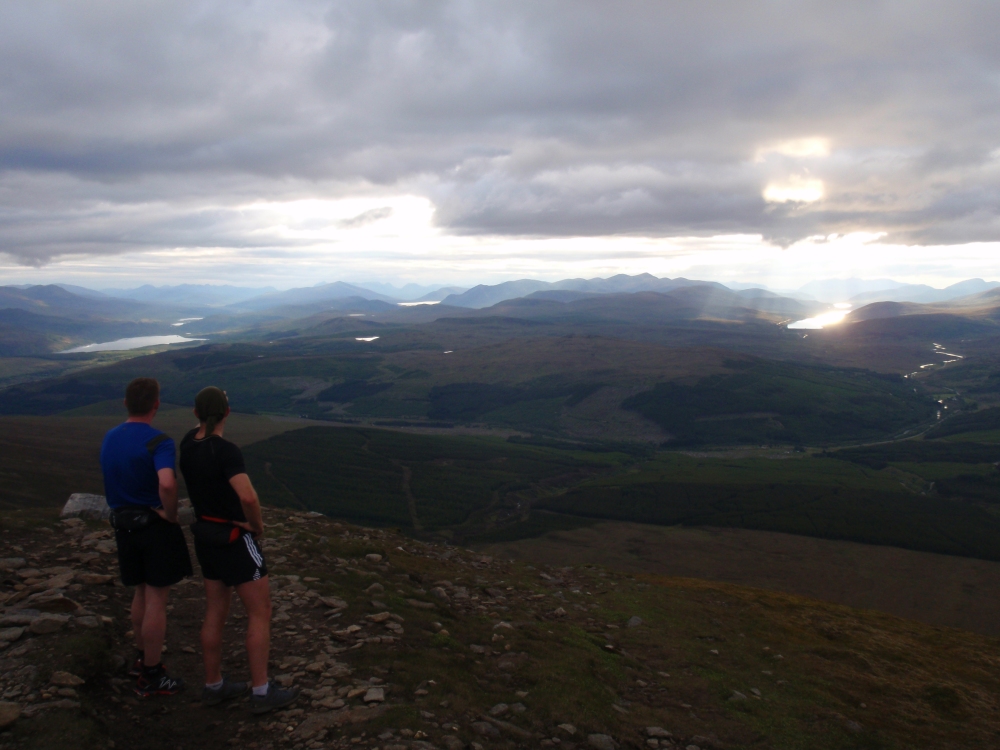 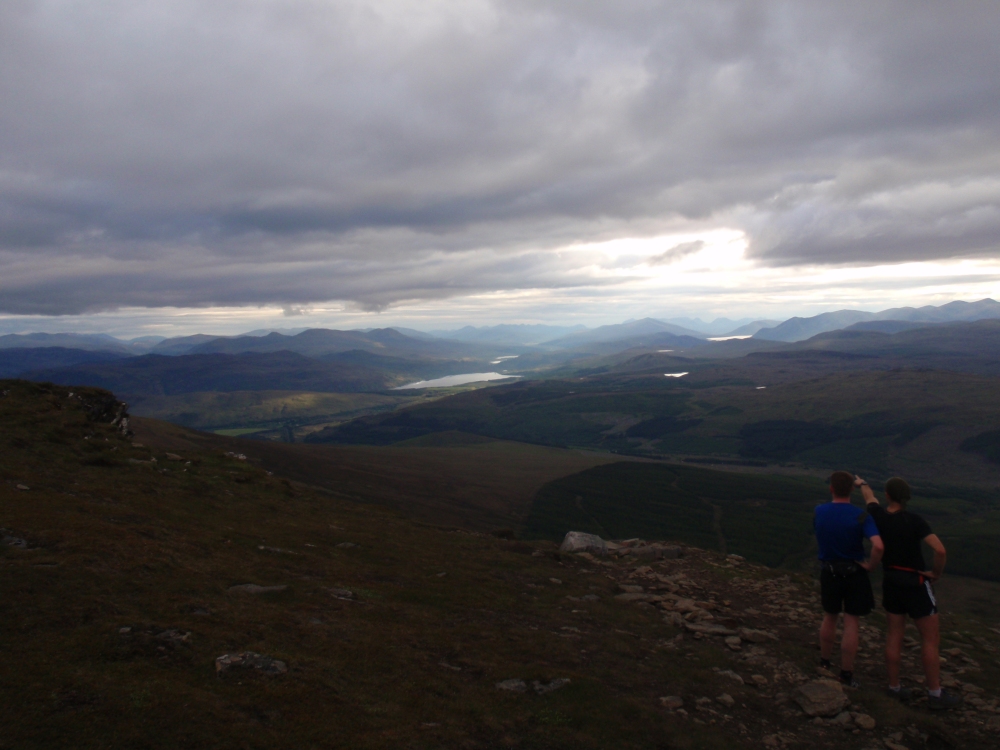 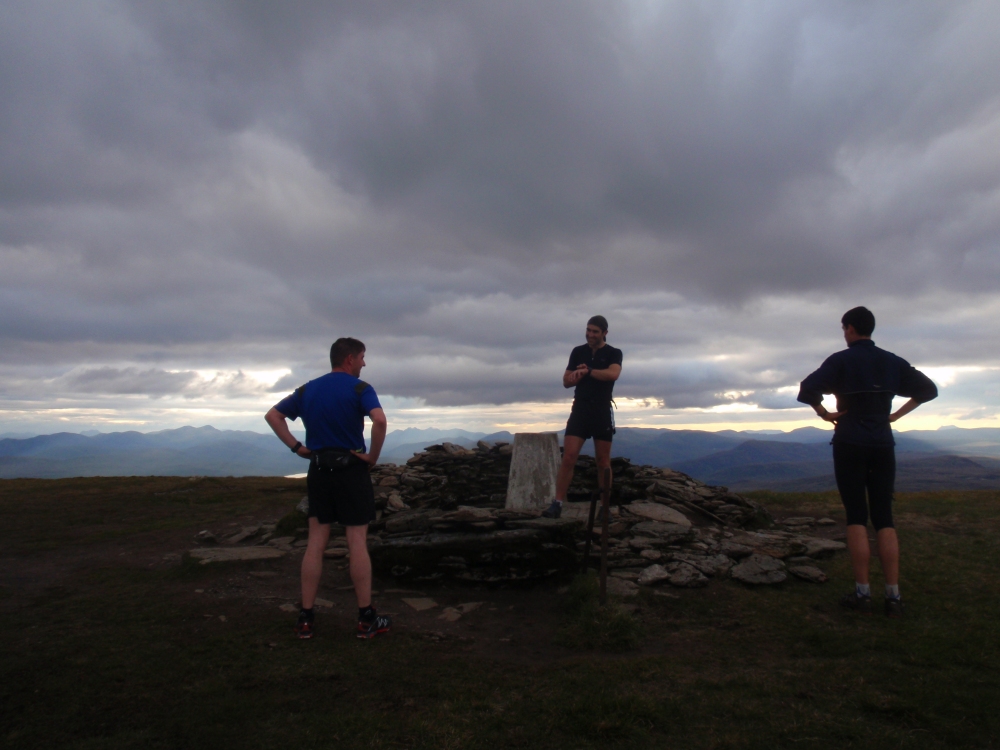 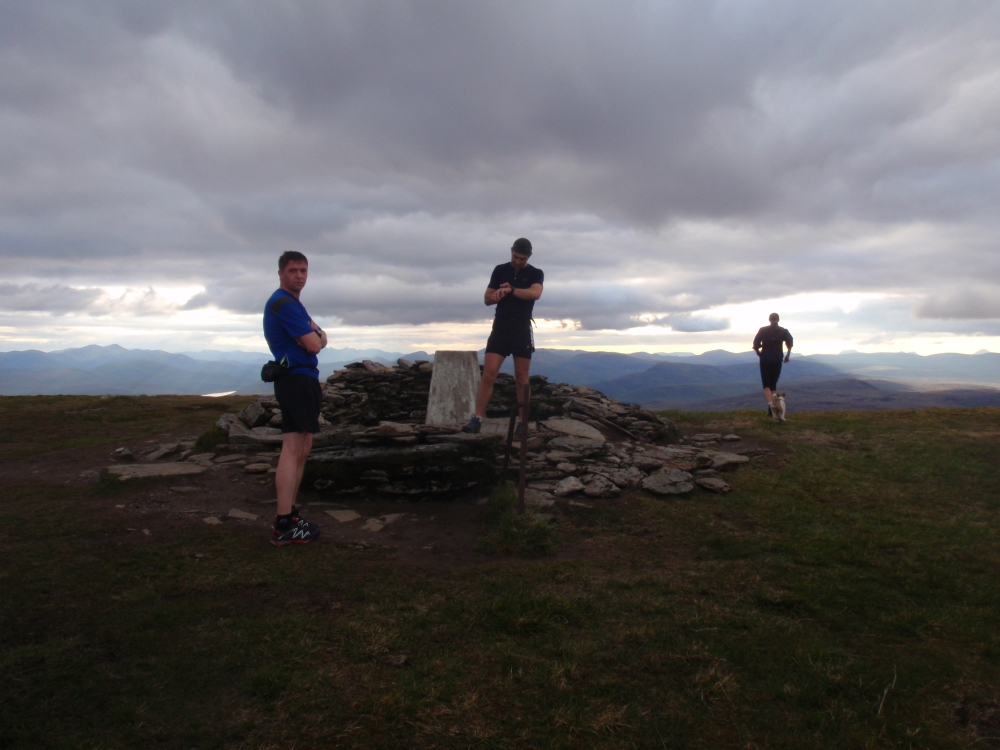 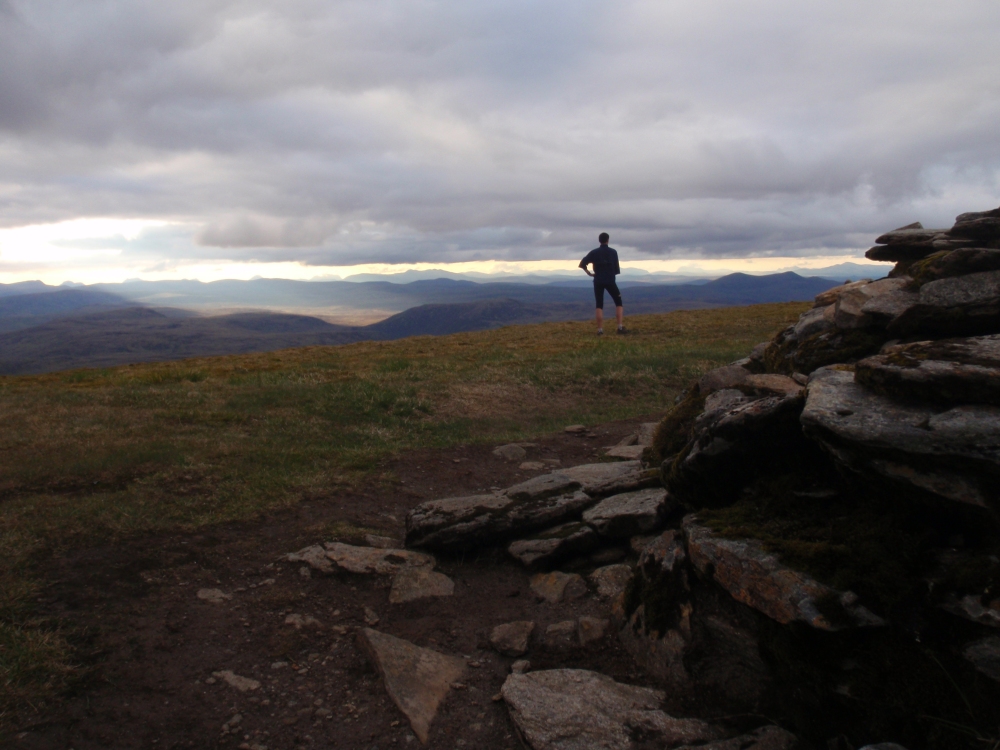 I’d never climbed Ben Wyvis on a clear day. A vast tract of the wild north that I knew must be visible from the summit plateau had been elusive during my previous four forays, hidden from view by obstinate walls of mist. Furthermore, life on the plateau had a habit of being wind-blasted and breathtakingly cold, even in summer.

Ben Wyvis was a different beast last night. It was benign: calm and clear, with a panorama from the top that was worth the wait of several years. Four of us headed up the tourist track from the west  – a pair of Highland Hill Runners, a junior British orienteering champion, who climbed peerlessly, and I.

As we gained height, escaping the midges, the realisation that Wyvis would be mist-free grew. And so it was. Nor were we greeted by a previously inevitable battering ram of wind that strikes when An Cabar is reached.

What a pleasure it was to bound across the carpet of soft grass that layers this summit, to gaze over that vast tract of Scotland unfurled in all directions: the distinctive bump of Fyrish; the firths of Dornoch, Cromarty and Moray; Ben Rinnes rising above Dufftown; the distant, grey outlines of the Cairngorms; a jumble of unknown mountains to the south-west;  the soaring Fannichs; the glinting waters of Loch Glascarnoch; shafts of sunlight on Little Wyvis; the red sky of the western horizon; the marvellously-sculpted peaks of Sutherland.

It was mesmerising; our eyes stunned by innumerable wonders that are so often hidden treasures.