And so the Highland hill running season is underway: Craig Dunain, a 5.5-mile dash to a 900ft summit, a glorified cross-country for purists, a useful test of early spring form for the rest.

Things started going wrong for me 24 hours before the race. ‘Jonny Muir should lead the charge’, wrote the Inverness Courier’s esteemed athletics correspondent in Friday’s paper. That was the kiss of death.

Then, on race day, something else – something even more disconcerting – happened. After weeks of wading through deep snow and negotiating ice-coated pavements, while battling hurricane-strength winds and lashing rain, the sun came out.

Craig Dunain starts tamely for a hill race:  first along a short stretch of the Caledonian Canal, continuing on a gravel track and then through a housing estate. The first real challenge, an ascending, winding track known as Nurse’s Brae, which leads to the Scottish Natural Heritage building overlooking Inverness, is met soon after.

All was fine, not brilliant, but fine. I was in a decent position, with the leading runners in sight. But on the open grassy slopes of Craig Dunain, where the real race begins, mine was abruptly over. The wheels had come off.

I watched the yellow and maroon vests of my Inverness club mates agonisingly disappear into the distance. I could hear breathing and footsteps behind me. I couldn’t believe it: I’d run out of energy after just 12 minutes of the first hill race of the season.

I started the post-mortem immediately. A 900ft ascent, I was thinking,  I can’t even do a paltry 900ft ascent without crumbling. How I am going to get up Ben Nevis – more than four times the height of Craig Dunain – in September, or even worse, how will I survive the Isle of Jura fell race with its 7,500ft of ascent, in just over two months time? What is the problem, I continually asked myself. Too much or too little of any of the following: sleep, work, food, drink, training? Perhaps it just wasn’t my day.

Most of all, I just wanted to stop and walk. But, as someone pointed out after the race, you can’t walk on Craig Dunain because it’s just not steep enough. Besides, struggling and shuffling like a drunk is one thing, walking is quite another.

I thought of Eddie Izzard. That didn’t work. I tried to run faster. That didn’t work either. I wanted to cry. Thinking – overthinking – did make the time pass, however, and soon I was on top, and, moments later, running down.

I enjoyed the descent for about 15 seconds: a stretch where the runner gets glorious views across Inverness and the Moray Firth, which were even more glorious in today’s sunshine. After that, it was back to gritted teeth and trying to hold what I had, which simply meant not letting anyone from Highland Hillrunners pass.

I came home some three minutes after the first Inverness Harrier, further still behind the race winner – and feeling very sorry for myself. So much for leading the charge. 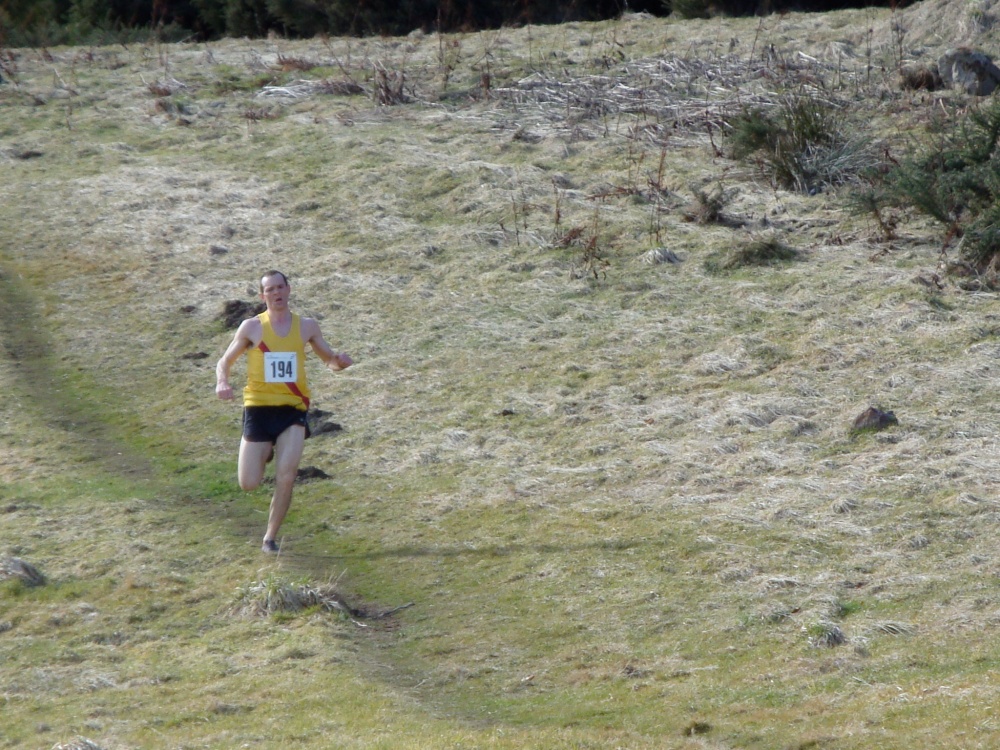 When running becomes too much…